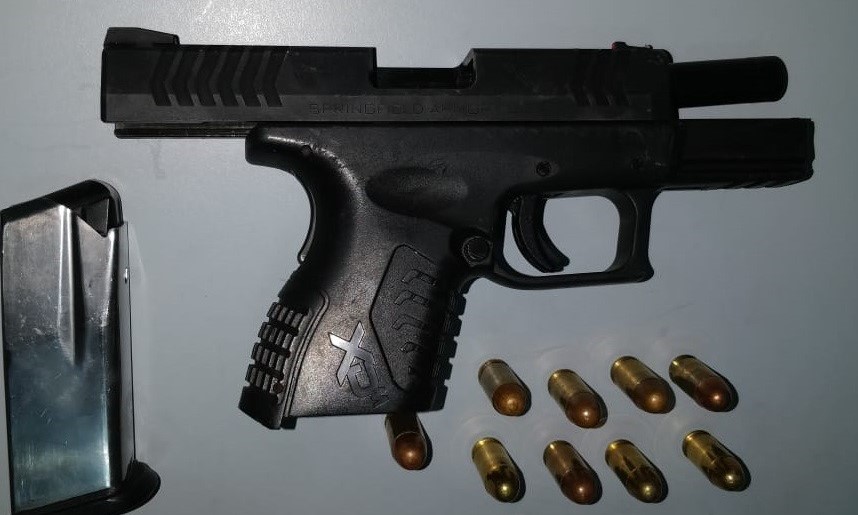 The swift actions of officers of the Southern Division led to the arrest of 28-year-old man this morning, after he was held with a loaded firearm.

According to police reports, at about 1.15am a team of officers including PC Boochun, PC Raghoonanan, and PC George, were conducting patrols in San Fernando, when upon reaching near Hankey Street, they observed a man who was acting suspiciously.

As the officers approached, the suspect attempted to flee the scene. The officers gave chase and were able to hold the 28-year-old man a short distance away, along Mt Moriah Road.

Prior to him being held, police allegedly saw him removing an object from his waist and hiding it in a plant.

A search of the suspect’s person and his immediate vicinity was conducted and yielded the seizure of a 45-calibre pistol outfitted with a magazine with nine rounds of 45 calibre ammunition.

The man was immediately arrested and taken to the San Fernando Police Station pending further enquiries.