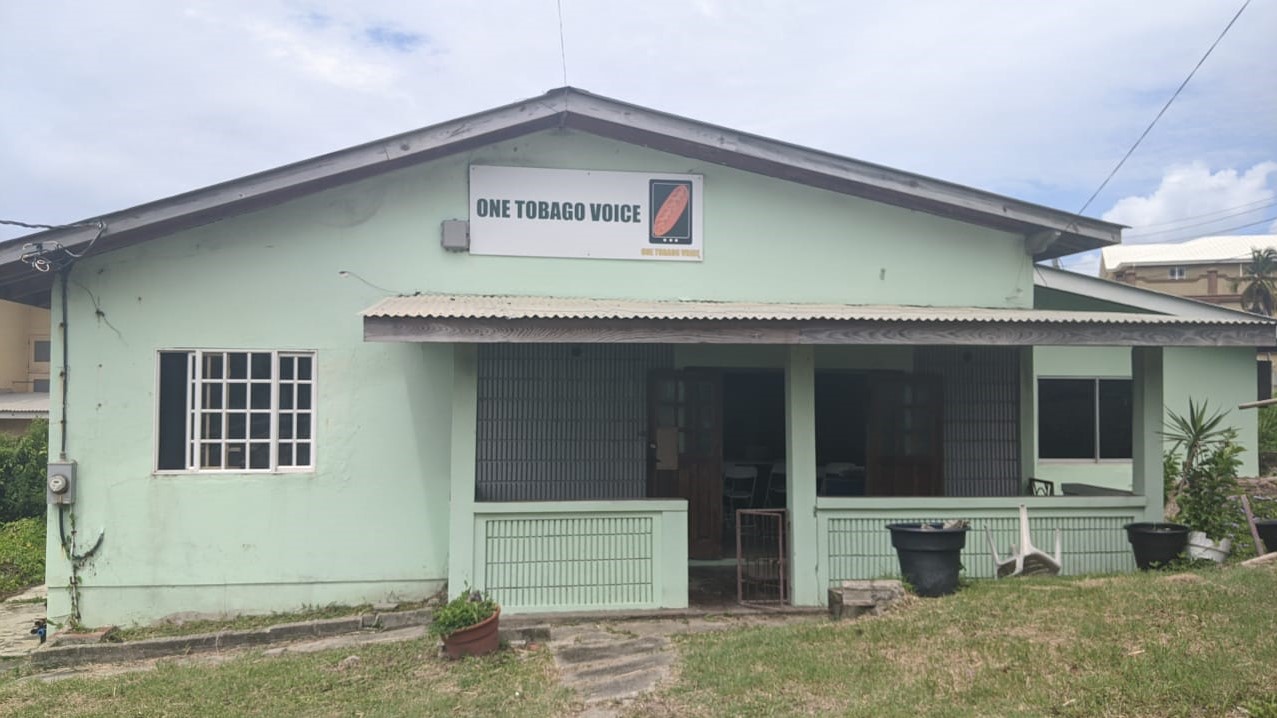 The One Tobago Voice Headquarters at Breeze Hall Road, Tobago.

Self-governance for Tobago has been an ongoing conversation between the two islands for decades. Tobago’s needs are unique and require fervent representation if self-governance is to be achieved. These are the beliefs of the One Tobago Voice (OTV).

OTV had its start as a steering committee set up to lobby for the issues surrounding a feasible plan for Tobago’s self-governance structure. Members like Juliana Henry-King believe that Tobago needed to have a singular, unified perspective on what they wanted self-governance to mean.

“One Tobago Voice means an understanding on all levels of the different political platforms that Tobagonians must speak with one voice. Meaning that even if we have different political persuasions, even though we come from different backgrounds in terms of family and community, we have one, common interest,” Henry-King said.

It’s a political party now, but only for the sake of giving Tobago a chance at having representation at the Parliament level. Henry-King believes that while the two existing representatives and the Prime Minister are all Tobagonian, their allegiance to the People’s National Movement (PNM) means that there is difficulty in bringing the conversation for self-governance to the forefront. She thinks the Tobago House of Assembly shares the same issue.

“The Tobago House of Assembly is the governing body here, but they have not been able to adequately do so because the self-governance issue is not addressed in the Parliament of Trinidad and Tobago,” she added.

The idea, according to OTV, is not to sever ties between Trinidad and Tobago, but to allow Tobago to control and contribute more in the national conversation.

“The main issue that has not been addressed for 20 years and more is Tobago’s ability to open its doors to investments, to develop its space and that requires financial authority. One of the things that we have unattended, too, is the land space; the definition and terms of people’s ownership of their lands. We need to be able to tap into those resources in Tobago that can really open our doors economically and socially,” she said.

Tobago’s dependency on Trinidad and its resources could be of quick detriment to Tobago and its people. Henry-King says there must be more done to ensure that there is sustainability across the board.

The ideal is for Tobago to begin to be responsible for its own development and to benefit more from the national conversation. OTV believes it’s time for the two islands to stand in strength together instead of one behind the other.

“It’s like a baby who is expected to naturally grow but because of our health deficiency, the baby is not growing properly and that’s what’s happening here. People study abroad and never return because there’s nothing to come back to,” she said.