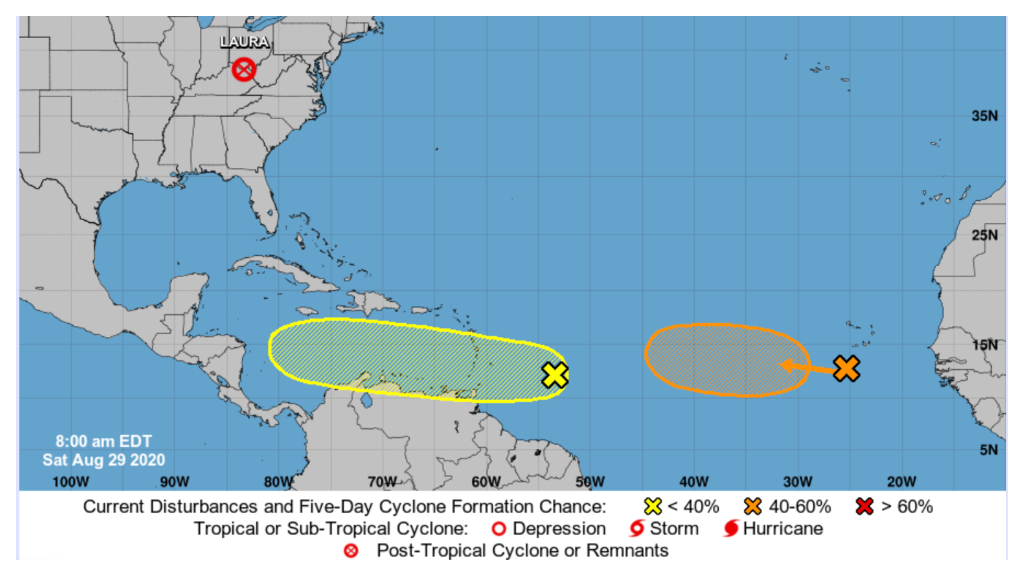 NOAA and US NHC 5-day forecast for the Atlantic Ocean.

Of the two tropical waves moving towards the Caribbean, the one further away from the Windward Islands as of 8 am (August 29) has a higher chance of becoming a tropical cyclone.

The US National Hurricane Centre in its 8 am report said that the first tropical wave which was 1000 miles away is now located about 550 miles east of the Windward Islands. It is producing disorganized showers and thunderstorms.

Some gradual development of this system is possible during the next several days while it moves westward at about 15 mph toward the Lesser Antilles. Regardless of development, this system will likely produce gusty winds and locally heavy rainfall across portions of the Windward and Leeward Islands on Sunday.

The second tropical wave is located over the eastern Atlantic Ocean just southwest of the Cabo Verde Islands still.