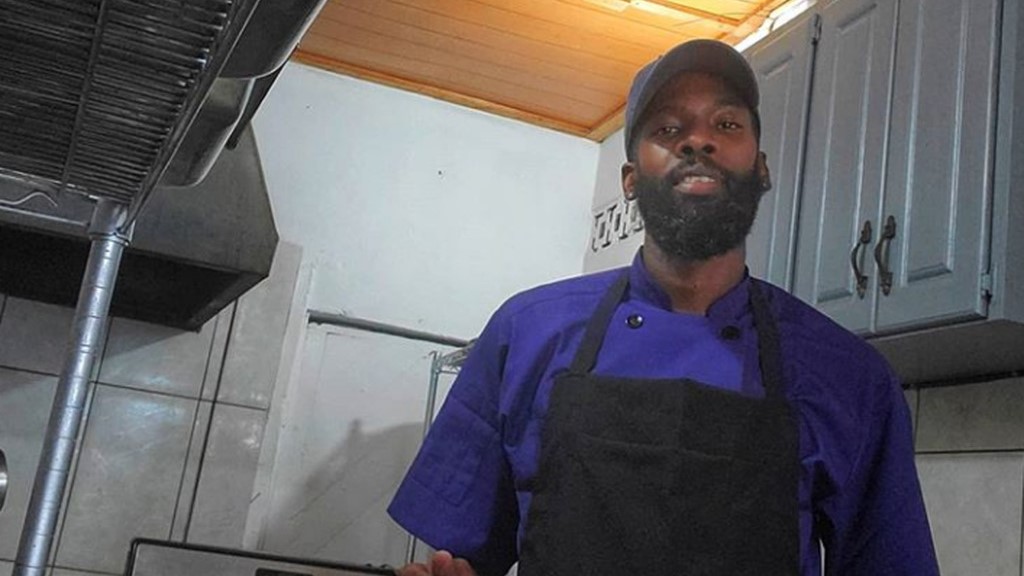 Media personality Sunny Bling has returned to his passion in the kitchen under the name Chef Bling Ramsay.

Sunny Bling is putting his stage name on the back burner, for now.

The media personality and radio host has donned his chef’s hat and is now calling himself Chef Bling Ramsay.

Chef Bling is the chief cook, stirrer of pots and owner of Sunny Bling’s Kitchen in his hometown of Enterprise, Chaguanas.

He told Loop the establishment was originally owned by a woman who had to stop working because of health challenges.

“I would go there and buy food, I was a customer. I told her I always wanted to open a food place and I wouldn’t mind collaborating with her. A lot of businesses went under in the area due to crime so basically she was someone, who, despite her own issues, was keeping hers afloat and I don’t want to see another business in the community close down so I invested to keep the business alive. I got an opportunity to do my own thing while basically helping the community,” he explained. 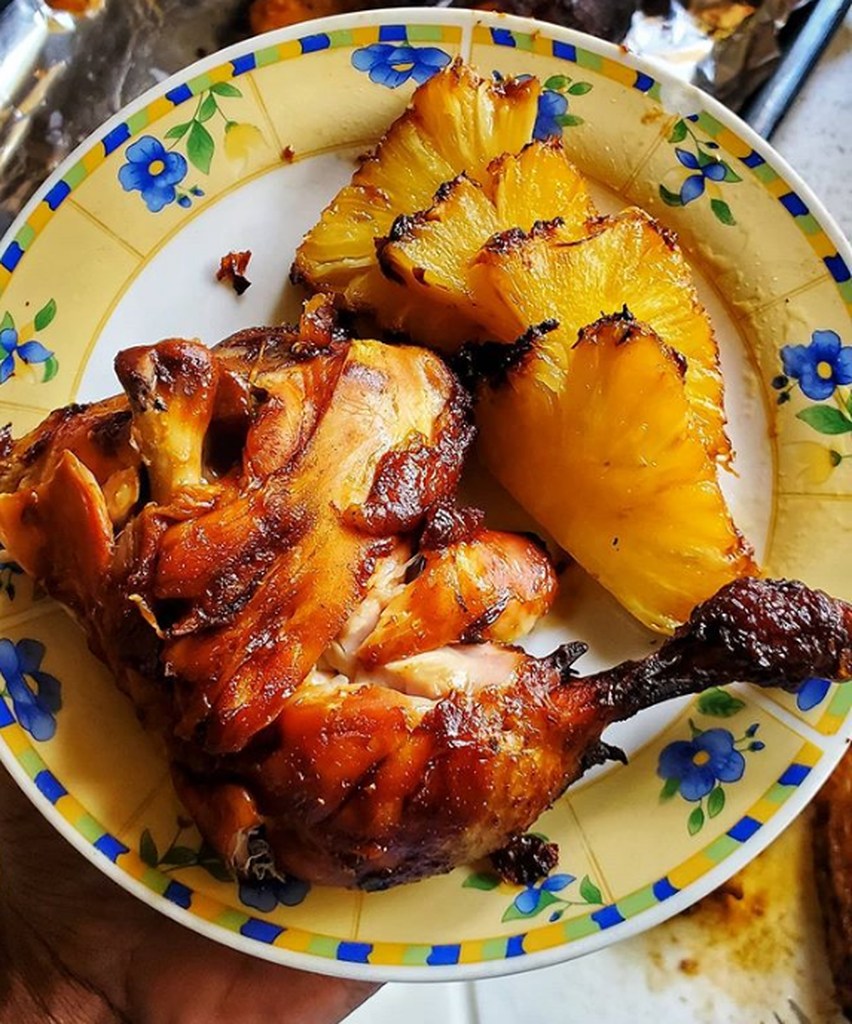 Bling, who has an Associate Degree in Culinary Management from the now-defunct Trinidad and Tobago Hospitality and Tourism Institute (TTHTI) in Chaguaramas, said during the COVID-19 lockdown he started back cooking as he prepped for the opening of the kitchen and posted his creations on Instagram every Sunday.

People responded positively to the images so he created a separate IG account for Sunny Bling’s Kitchen.

“When I put up the photos on a Sunday people were asking for things, people were looking out to see what I created. I end up with thousands of views on a Sunday. People say boy you should open a restaurant but the idea was already there so I just let everything flow,” he said.

Bling held a soft opening last weekend and plans to continue weekend operations while he monitors the COVID-19 rates before expanding to weekdays. The former owner, who he only identified as Natasha, collaborates with him on some of her popular dishes that he loved as a customer. His friend and colleague DJ Hero is also involved in the business.

“This weekend was the hardest physical work I did in 15 years,” said Bling of his foray back into the kitchen. “I spent 10 hours prepping and cooking and my food sold out in three hours. I now gone back to real work. Fifteen years of hosting was not real work, my body hurt me all how.”

The entertainment industry in which Bling made his name as an events host, comedian and bandleader, is at a standstill thanks to COVID-19 restrictions and even his shifts as a radio host on SLAM 100.5 FM has been reduced. Even though he has no plans to leave radio, he said the time has come for everybody to pick themselves up and do something different.

He added: “This wasn’t easy for me to do mentally but when you are literally watching your career dry up, do you sit still and wait for the world to start or do you get up and do something?”

Allow me to reintroduce myself... My name is Bling.. Chef Bling Ramsay #motivate #inspire #do @sunnyblingskitchen 👨🏿‍🍳 Opening this Sunday 11am.

“For me, I was looking at the market, I was heavily thinking and looking at concepts but companies are not interested in spending money for ideas and concepts now so I closed my doors to entertainment. I am not waiting for anything to run out so I decided to look at what is next.”

As a student of Woodbrook Secondary School, he did food and nutrition classes up to Form Three but lost interest after. After school, he renewed his love for cooking and enrolled at TTHTI around 2002/03.

Reminiscing on his experience there, Bling said his class was about 60 students strong including popular Chef Jason Peru.

It was at TTHTI that Bling gained popularity, becoming vice president of the Student’s Guild, winning the Mr TTHTI pageant and honing his comedic chops.

“It was in hotel school I made big chain and thing using hotel school foil first. I wasn’t Sunny Bling yet,” he recalled.

Asked his views on the fate that has befallen the institution, he said while he is not aware of all the issues he thinks it is unfortunate because it was a prestigious school in his time. 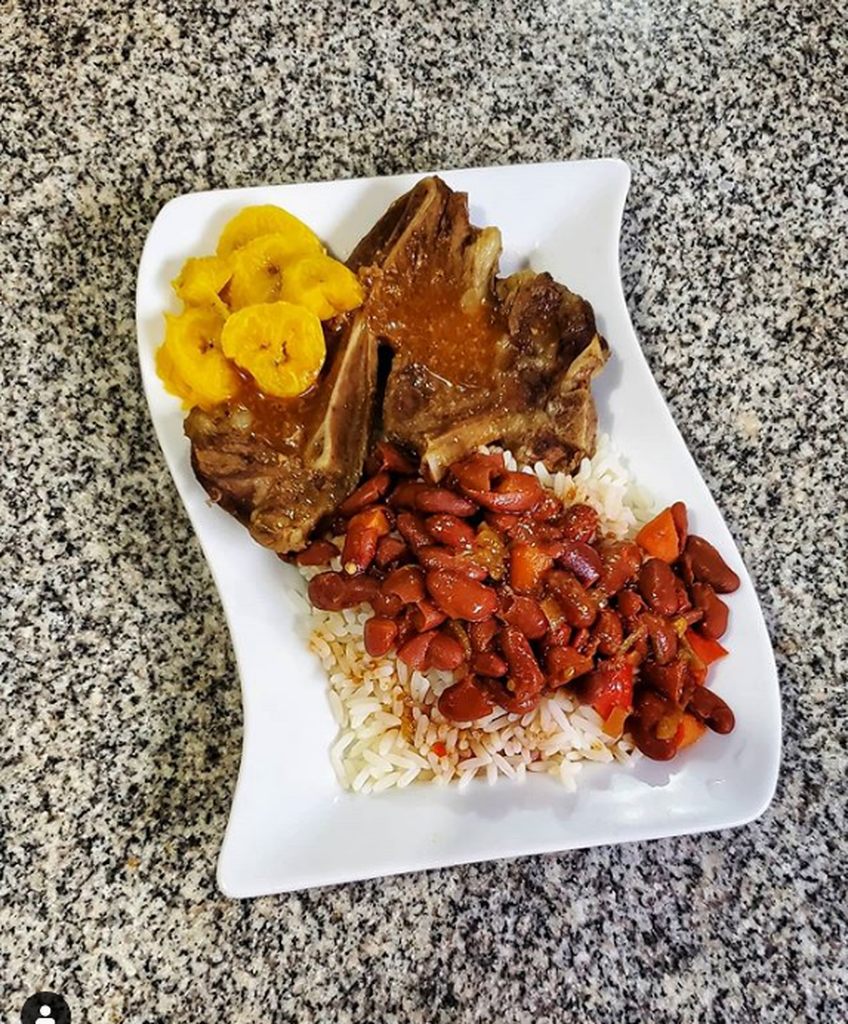 After he graduated, Bling worked as an intern for the late Patrick Manning at the Prime Minister’s residence.

He also worked at the former Giuliano’s restaurant in Woodbrook and for a restaurant in the food court at Centre Point Mall in Chaguanas.

Thanks to Peru, whose father co-owned the Yangatang Comedy Tent, Bling was encouraged to audition and ended up working in the tent for four years, three of which he spent doing skits under the moniker he has now become famous under. In the fourth year, he was selected to host the tent’s proceedings.

That led to an invitation from media personality and Jugglers hype man Shal Marshall to do one of his skits on Synergy TV. He ended up co-hosting one of their shows for a year and began doing hosting gigs around the country.

That led to a job offer on Boom Champions 94.1 and he became a mainstay in radio. This year marks his 15th year on the airwaves.

“I am still on radio but now I have more time in the week for myself so I am running back into my passion. COVID taught me that there must be some level of an essential business planted into every single family be it medicine, agriculture, running a mini-mart or a parlour so that no matter what happens in the world you have some level of income,” he said.

Bling has big plans for his establishment, including expanding to more locations, producing a cookbook, selling chef merchandise and creating a space within his establishment for other small businesses to market their goods.

“It is more than a food place, this could be bigger than the Sunny Bling brand,” he said. “Sunny Bling is still there but this is an opportunity to rebrand in some form so I am Chef Bling Ramsay. Sunny Bling the character is just on pause, this is not about suits in the kitchen, it is about chef jackets.”

To his friends and colleagues in entertainment, Bling urged them to stay motivated.

He said: “This whole situation is about being willing to adapt and change and we are not isolated, we are all affected at the same damn time. This is the most humbling period in everybody’s life right now.”

“Stay motivated my friends, we literally shooting a target in the dark with COVID so the only way to keep going is to stay motivated.”

Sunny Blings Kitchen is located on the corner of Enterprise Street and Old Southern Main road, Enterprise. Call 342-4524 for curbside pickup and delivery.