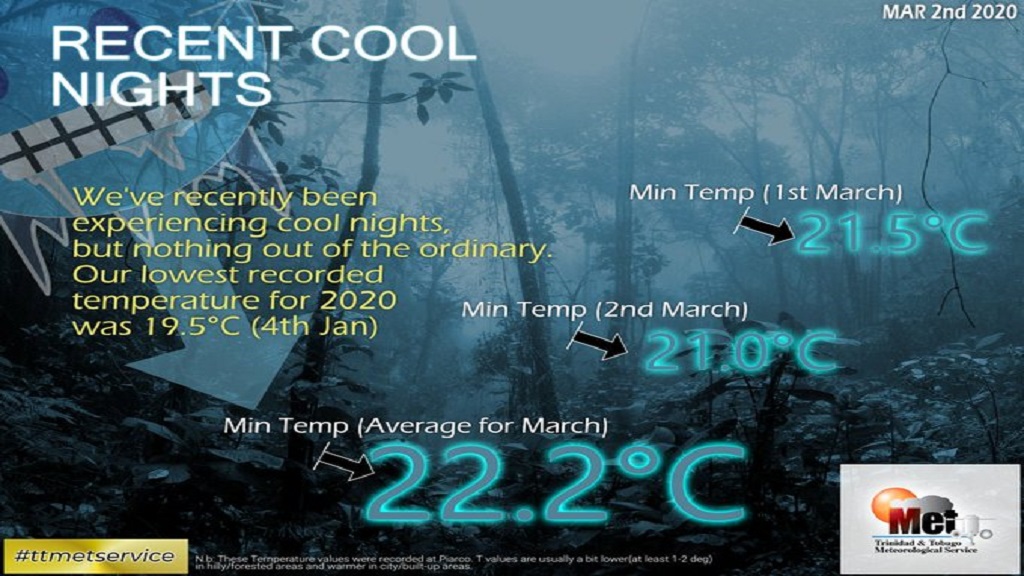 If you felt slightly cooler than usual you're not imagining it, temperatures dipped to around 21 degrees Celsius in parts of Trinidad and Tobago on Sunday night.

The Trinidad and Tobago Meteorological Service said in an update on Monday that this, however, is not out of the ordinary.

The Met Office said: "We've recently been experiencing cool nights, with below-average temperatures, but nothing out of the ordinary. Our lowest recorded temperature for 2020 is still 19.5°C (4th Jan). These cooler nights are usually associated with clear, dry and calm nights."

According to the Met Office, cooler temperatures around this time of year are not rare for Trinidad and Tobago, and can be the result of several factors which occur simultaneously, such as calm or near-calm winds, almost no cloud cover, combined with cold winds originating from the North.

The Met Office said these factors together increase the amount of 'Outgoing Longwave Radiation' from the Earth's surface at night (the surface cools faster).