Thinking about homeschooling? Niki Rodrigues shows how to make it work 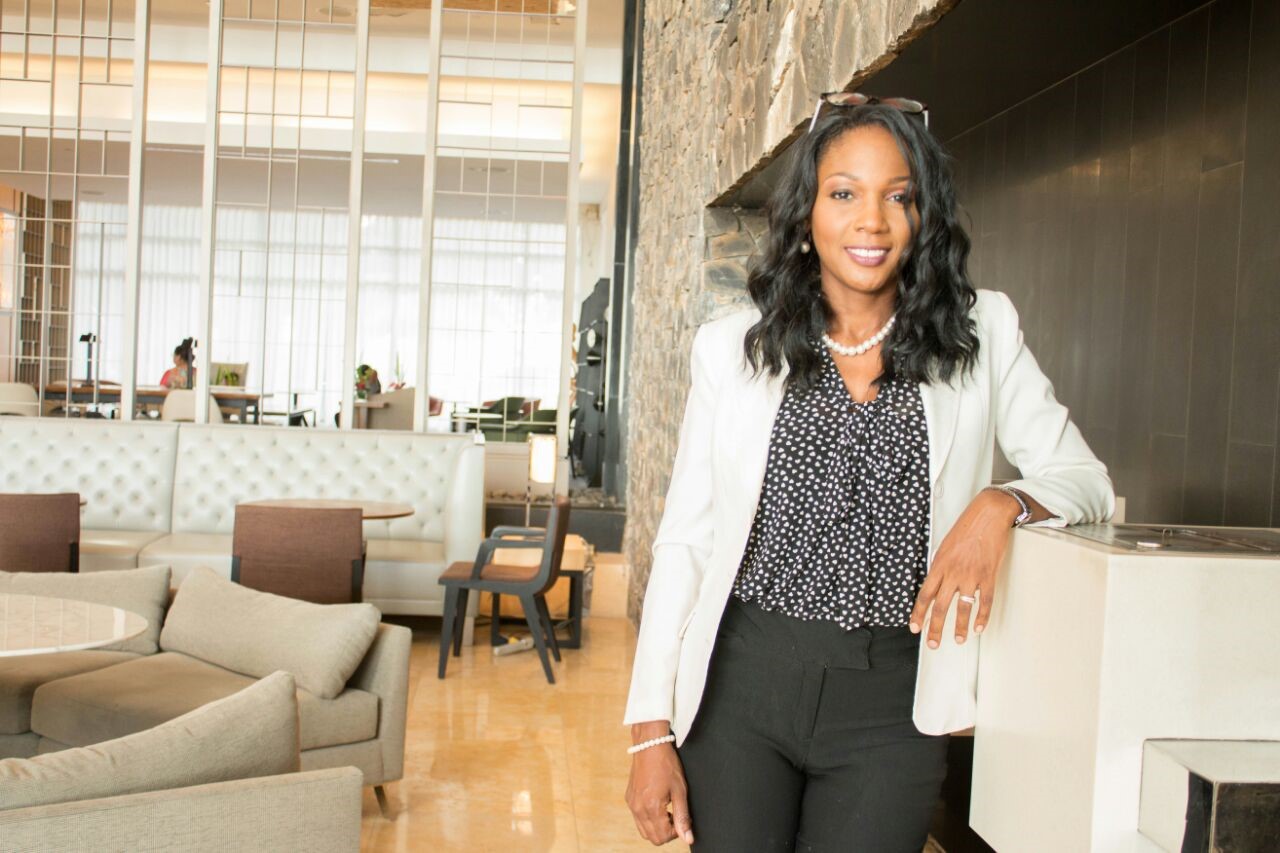 Niki Rodrigues has homeschooled her eight children and is considered a leading voice on homeschooling in T&T.

With uncertainty over the re-opening of physical school come September because of the COVID-19 virus, many parents have been discussing the possibility of homeschooling their children.

It has been a trending topic on Facebook with many questioning the legality of it and how to get started.

According to Niki Rodrigues — founding member of the Homeschooling Association of Trinidad and Tobago and a homeschooler of her eight children — it requires a mission and a vision.

“I pray people don’t do it out of fear but they should make a conscious, sober decision. Have a mission statement and a vision because when the mission gets rough it will give you the gumption to continue. If you don’t have a mission and vision, you will want to throw in the towel,” she advised.

Rodrigues began her homeschooling journey in 2009 and today has seen the benefits to her children and family.

For her and her husband, the decision to homeschool was based on their dissatisfaction with the education system which, she said, is geared towards writing an exam. They wanted a more holistic education for their children.

Rodrigues, who was a teacher at a secondary school, pulled her first two children out of the school system after meeting other homeschoolers and learning about it.

“At the time, homeschooling was a novel idea, everyone thought I was crazy. I lived in a neighbourhood of retired teachers and they thought I was mad,” she recalled.

“When I initially started I did my own research and I found a curriculum, a Christian American system because we are Christians. It was new and all these eyes were on me, and I made the mistake that I felt I had to keep up with the local curriculum so I had the kids doing both,” she said of the early days.

“I have an annex that I transformed into a classroom and I was schooling at home as opposed to homeschooling. I thought it was about replicating the classroom but that is not what I believe the Lord was calling us to do. Homeschooling is when you allow life to be the classroom. Yes, you do book work, we have books we work from, we do science, math, geography, electives… we teach it all but it is not done in the conventional way,” she explained.

For working parents who don’t believe they have time to homeschool, Rodrigues said there is no obligation to follow conventional teaching time between 8 am and 2pm. Teaching could be done on your time.

“Field trips are everyday occurrences for us. The children travel with me. I show them how to fill out forms, walk them through life and take them through it all. That is part of education for us. When it's time to cook, I involve them. A lot of homeschooling has to do with involving children so they could learn. We prepare our children for life.” 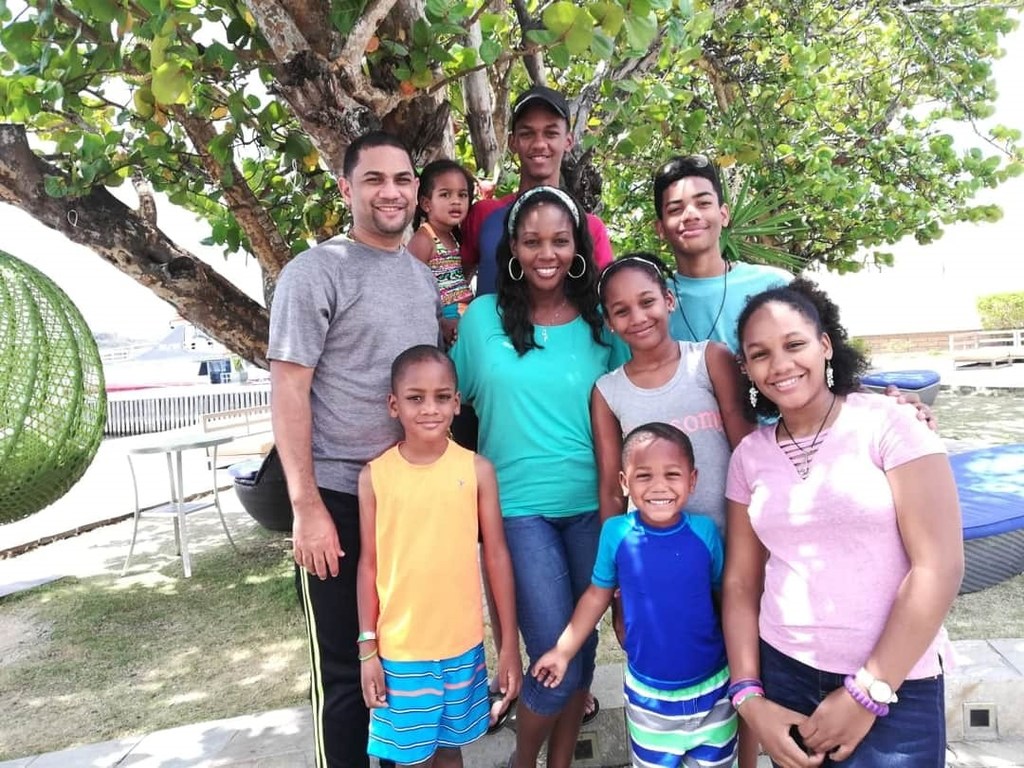 Rodrigues’ children today range in ages from 19 years to 18 months.

She homeschooled her children from primary to secondary school level. Her eldest, who sat the SEA exam and passed for Queen’s Royal College, attended school for one year before he was pulled out to be homeschooled but re-entered in Form Four to write the CSEC exams since he was focused on sciences and needed to do the required labs.

“He got 10 passes and nine distinctions. Two of the ten he never did in school, we had him write two subjects externally just for the fun of it,” Rodrigues said.

Her second eldest also passed for QRC but opted not to attend. At the age of 14, he decided he wanted to do the CSEC exam and Rodrigues bought him study guides for every subject he wanted to do.

“He slept, drank and ate those books and got a full certificate at 14. He applied to  COSTAAT [the College of Science, Technology & Applied Arts of Trinidad and Tobago] and started at 15. By next year he will graduate with his Bachelors in Mass Communications,” said the proud mum.

Rodrigues, who juggles several businesses — among them a boutique, image consultancy and workshops teaching basic skills to teens — has also passed on her entrepreneurial ways to her children.

Her eldest daughter runs a cupcake business called Princess Cupcakes, cakes she makes from her own recipes which has been featured on television and newspapers in T&T.

Rodrigues said her daughter’s interest in baking was sparked when she bought her a play kitchen set which was placed in the kitchen for her daughter to emulate what she was doing.

“I have learned that each child is unique and what works for one doesn’t work for everyone. Now we are at home, discover your children, what are their likes and passions and gifts. Every child is gifted. In the business of life we haven’t afforded them the chance to discover their gifts. If I hadn’t allowed her to play in the kitchen I would not have known she had a gift for baking,” said Rodrigues.

Her daughter learned that she could turn her passion into profit when Rodrigues took her around the neighbourhood on one occasion to sell cake.

“Life has been our classroom. I made a box cake and went around the neighbourhood and we sold it and she said I could make things to sell and she started making her cakes. At age of 11, she got a call for an interview with CNC3 Money Matters and all the newspapers reached out to her. Foodie Nation really sealed the deal when they featured her and people started to call from Denmark, the US etc to ship cakes to them but we couldn’t do that. She was doing them by hand then. Kitchen Aid Caribbean came and gifted her a mixer,” Rodrigues said.

Her 12-year-old daughter has also been bitten with the entrepreneurial bug and makes customised bags, body scrubs, masks and fragrant hand sanitisers under the brand B Beauty and Fashion.

Production had to be halted on the sanitisers when they ran into difficulty sourcing the Ethanol and Isopropyl alcohol that they use in the product.

As a mum who also blogs, hosts a podcast, gives motivational talks and a host of other things, Rodrigues said her motivation has always been her children and their future.

“What you will learn is that there is nothing like homeschooling your own children to show you how much gumption you have. It has allowed me to slow down and realise there is no competition. We raise them with the knowledge that they'll be someone's spouse or parent someday,” she said.

For those contemplating a journey into homeschooling, she said:

“You don’t have to have all the patience in the world, your children will teach you. Refuse to compare your child to any siblings, or anyone’s children. Homeschooling is your decision, your families’ decision. Just go brave and you can definitely do it. Find a curriculum that works for you. Unschooling is where you let the children lead you, you go based on their interests, see each of them as unique and tailor teaching methods to them.”

Listen to her podcast: Homeschooling Matters on the following platforms

For Homeschooling resources in T&T, contact the Homeschool Association

Homeschooler writes adventure books for fathers and sons to share