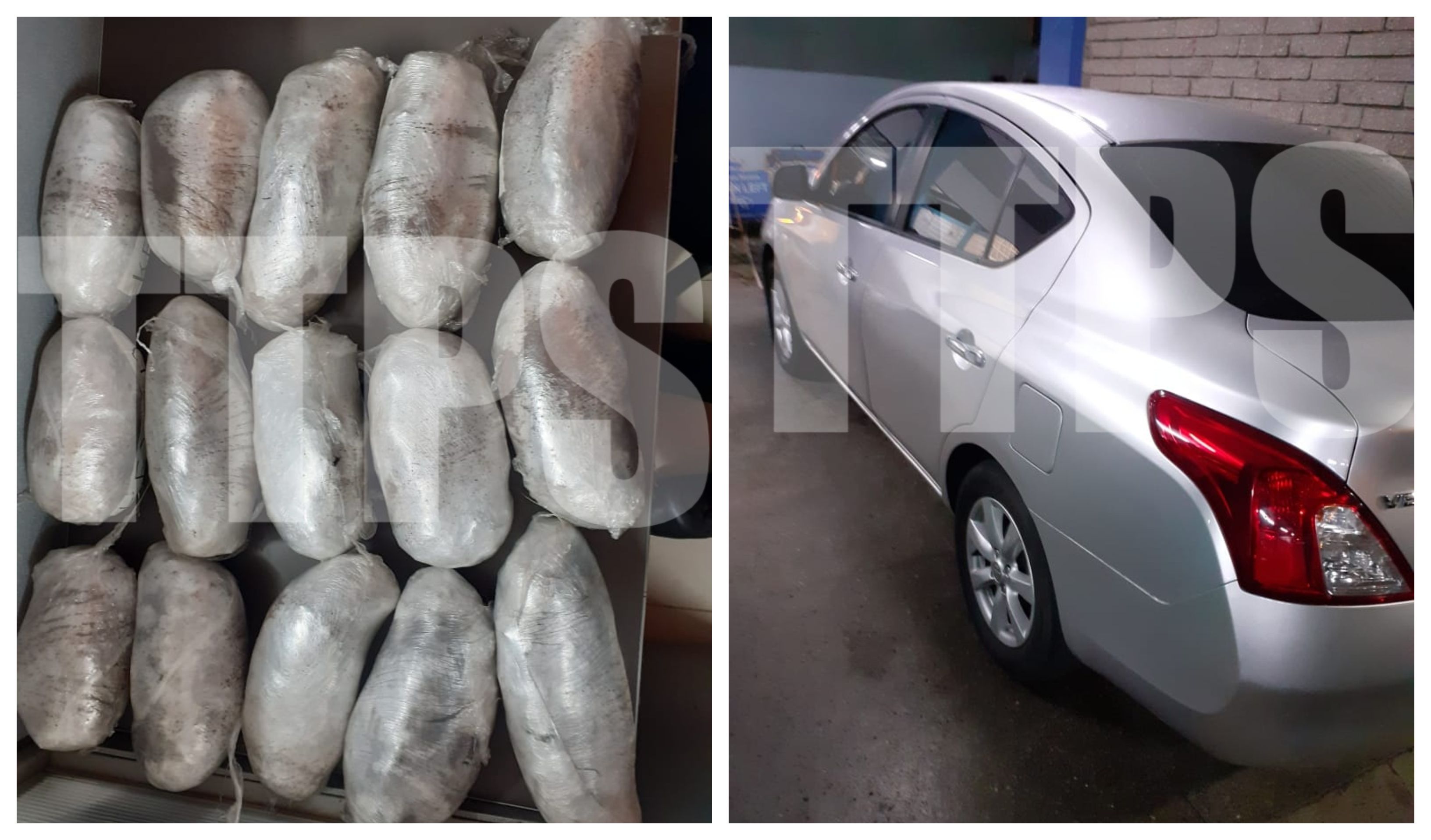 Seized: Marijuana and a vehicle in Tobago.

Three men are assisting Tobago police in their enquiries in connection to the seizure of narcotics, firearms and ammunition during two separate exercises, overnight.

In the first incident, between Friday evening and Saturday morning, officers attached to the Tobago Special Investigation Unit, Task Force, and Canine Unit, executed a crime suppression exercise at the Port of Scarborough.

During the operation, officers had cause to pay particular attention to a vehicle driven by a 28-year-old man of Glamorgan, Tobago, in which they discovered 7.6 kilograms of marijuana, concealed in the four doors of the vehicle. The narcotics have a value of TT$76,000.

The man was immediately taken into custody pending further enquiries by Cpl (Ag), Moses of the Tobago Task Force. Charges in this case are imminent.

The arrest of the 28-year-old suspect came after the same party of officers found two firearms and a quantity of ammunition in a separate incident at 9.45 pm on Friday.

In this incident, the officers had cause to stop a vehicle driven by a 26-year-old male PH driver of Scarborough, Tobago.

A search was conducted of the vehicle being driven by the man and the two firearms – a Beretta 380 pistol and a Glock 17 pistol – and ten 9mm rounds and sixteen .380 rounds were discovered hidden in the spare tyre in the trunk of the vehicle.

The vehicle is owned by a 51-year-old male PH driver of Hernandez Trace, Siparia.

Both men were detained pending further enquiries by WPC Cruickshank.

Charges into this incident are also imminent.

Death and denial as virus spreads in Brazil's Amazon capital