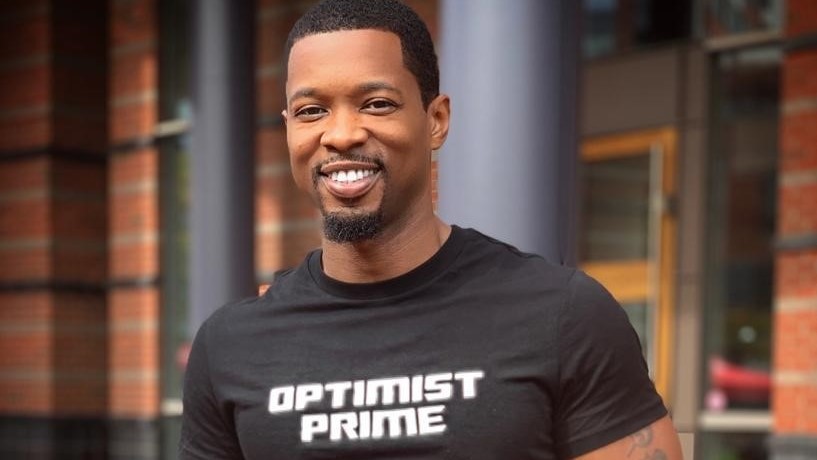 Todd Bernard is showing barbers how to level up

Todd Bernard describes himself as a futurist.

As an entrepreneur, he is always thinking ahead,

That trait has served him well during the current global pandemic restrictions which have put many small businesses in jeopardy, particularly those in his industry.

Bernard is a barber, but while he makes a living cutting hair, he has diversified his business to include the sale of his own products and a Barber Academy.

In the 22 years since he started working as a barber, Bernard has worked hard to develop his business into what it is today.

Born and raised in Buenos Ayres, in South Trinidad, the 37-year-old attributes his ability to work hard to his Caribbean upbringing.

“My Caribbean background prepared me for this because we work hard. Being Caribbean has definitely made me equipped to do this,” he told Loop.

Todd said growing up in the countryside, he spent a lot of time on the beach. His father, he said, was a well-rounded man who worked as a farmer, did construction, and also cut his son’s hair.

“When I went to school I saw people with real haircuts,” recalled Bernard, who wasn't pleased with his father's efforts. “So I would beat him to it by cleaning my hair up…that is how I learned to be a barber, by cutting my own hair.”

At the age of 14, Bernard migrated to the United States to live with his mother.

His first trip to a barber there turned him off. 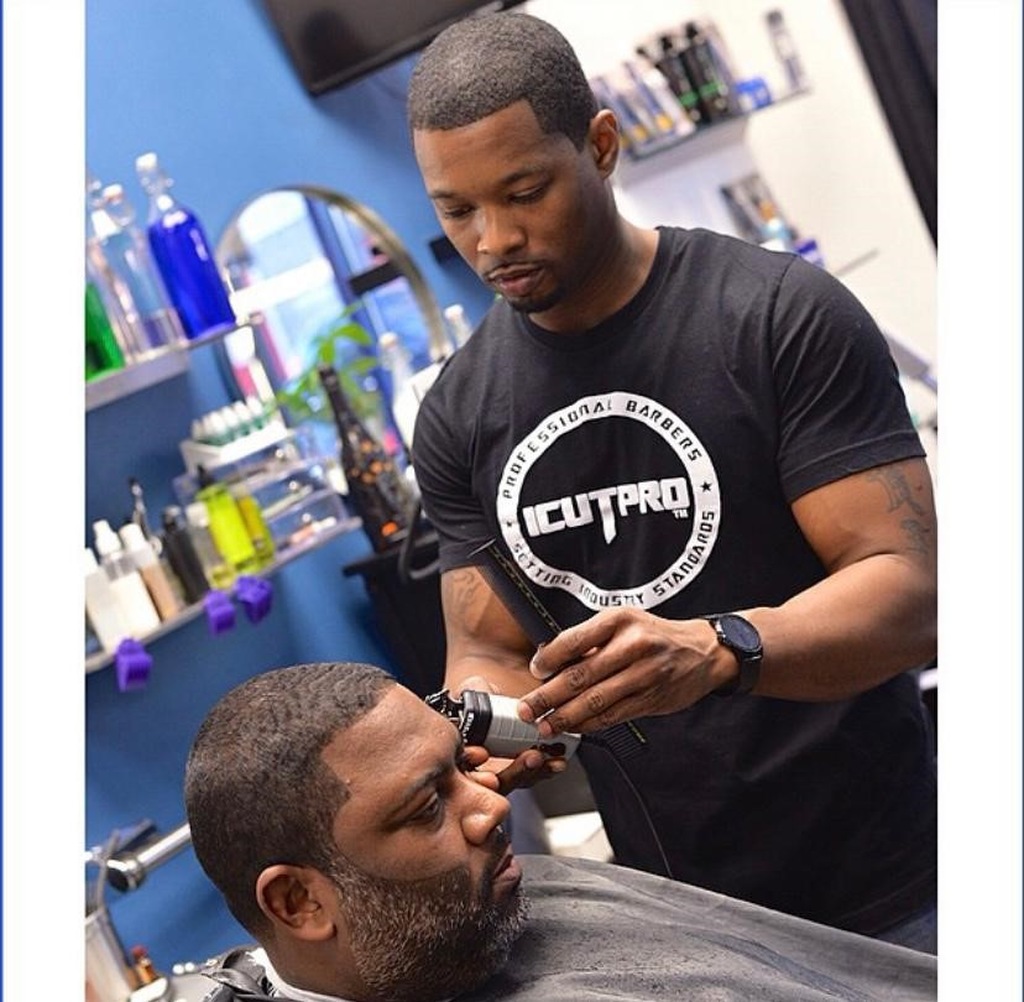 “I had a long wait, it wasn’t very professional. You could sit there for two hours and no one spoke to you and when they did cut your hair it was like a butchered haircut. I was like no I am not going back to barbershops and I asked my mum to buy me some clippers. My brother got a beard and he wanted to shape it up and I would do it, people would ask him who cut your hair and he invited them to the house to see me cut hair. I started cutting hair on my front porch every day after school and on Sundays, kids would come over and I would cut hair on the porch,” said Bernard.

Despite his hustle, Bernard didn’t see barbering as his career. He had a passion for photography and longed to travel and take photos.

When he was getting ready to graduate from high school, his mother advised him to apply for financial aid for college.

By then, he was already working in a barbershop, a job he got when he was walking past a new shop and told the owner that he could cut hair.

‘He had a decent looking shop and really good barbers and they were always busy. One day a Spanish guy came in and Mike, the owner said: ‘Todd you want to cut him?’

“I never cut straight hair before, never did a fade before, I was nervous, sweat running down my back. I had to slow down, breath and execute everything I knew. I took control of that guy’s hair. When he stood up he said you going to be here next Friday? He treated me like I was already a barber and that was my initiation. Mike threw me into the lion’s den and that guy gave me the green light and told me I was good. That gave me confidence.”

Bernard said that job enabled him to buy his first car at 16.

But he wasn’t ready to rest on his laurels.

Stating that he has a very vivid imagination, Bernard said he thought about what his barbershop would look like if he owned one.

“I pictured myself having a place people could view the way rich people viewed a country club. I wanted to have the poor man’s country club where the average Joe could come in and feel like a celebrity.

“What Uber did, the idea of one passenger sitting in a car with a driver is dope. They took something that only the rich would be privy too and made it available to the common man. I wanted somewhere people could feel special, be pampered on the service side of the industry,” he explained.

Bernard opened his first shop at the age of 25, a business venture with a friend. 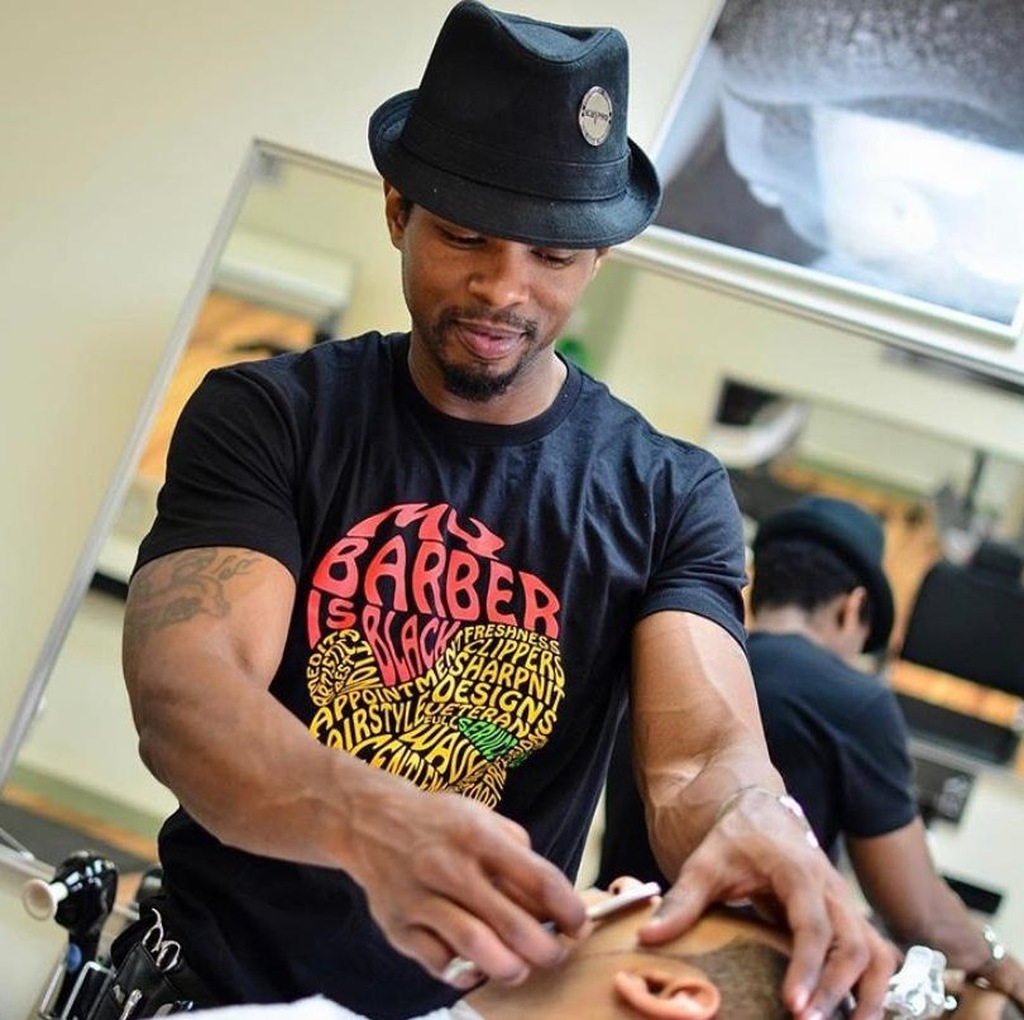 Describing the shop as a liming spot, Bernard said he didn’t have much sense of business or a product formulated so he walked away and decided to really learn his craft.

In 2012, he opened his own suite in New York, The Hair Cut Pro, to offer the experience he once dreamed about.

“I was able to create the ultimate experience, one on one service, appointments only, premium pricing,” he said.

From listening to his clients and their concerns about razor bumps, grey hairs and their hairline, Bernard was inspired to create his own line of products under the ICutPro brand.

“I was collecting data…I was like all these people are asking questions pertaining to barbering and I am not addressing those concerns, I felt I was leaving money on the table. Being from the Caribbean I know about using herbs to make our skin better so I started making my own products. I used social media to talk to people who had problems with their skin, hair and scalp."

His products include his own signature clipper, blades, razor blades and hair accessories.

One of them, the Black Skeleton Clipper, was recently used by Savannah James, wife of Lebron James to cut her husband’s beard.

Inspired by a white client who said he didn’t realise Bernard was black when he was referred to him, the entrepreneurial barber started a brand called My Barber is Black and developed an online t-shirt company to go with it.

Selling the tees online opened him up to the power of e-commerce, he said.

Bernard has since leveraged the power of the Internet to train barbers and help improve the standards of the industry with his own ICut Pro Academy.

The Academy was born out of his desire to build his brand through a tour. But as much as he loved travelling, it wore him out so he recorded his lessons and packaged it for an online audience.

He used Netflix as his model.

“It is like Netflix for barbers, it was inspired by Netflix. It is a subscription-based platform which I launched on February 17 and I attract barbers from all over the world,” he said.

During this time where those in the personal service industry especially have been feeling the pinch with lockdowns to help curb the COVID-19 virus, Bernard has been using the Academy to educate barbers on how to develop multiple streams of income, refresh their skills and prepare for a return to business.

"We have to get up to speed with the price points in barbering, we are only making a third of what we should be making. Then we can utilise the funds to invest in products for clients to consume, Never put a client in a position to go to a beauty supplies store cause they will meet people like me there. Utilise the data that you have as leverage to find another stream of income, " he said when asked for his advice to barbers contemplating their next move.

"Use your money and invest it in something you are passionate about and diversify our income. Become an affiliate in another company. All is not lost, go back into these emails and messages and talk to those clients at home. Maybe you can get on Facetime and Zoom and show them how to groom themselves…slow money is better than no money," he said.

Outside of the barbering business, Bernard has also turned his passion for fitness into an online venture.

He started Optimist Prime, an online fitness programme, to impart the lessons he learned while transforming his own life.

He said: “I felt I was making money but I wasn’t being creative. The very thing that created I Cut Pro and My Barber is Black is the thing I needed to tap into. I tapped into it by renewing my mind, working out, changing my diet, eliminating meat, getting rest and those things created a monster. I am urging people to get in touch with themselves as a way of transforming their minds. It is motivational speaking through exercise.”

Barbers to battle for hair supremacy in Cut Yuh Style 2017

Manscaping: What does your beard say about you?