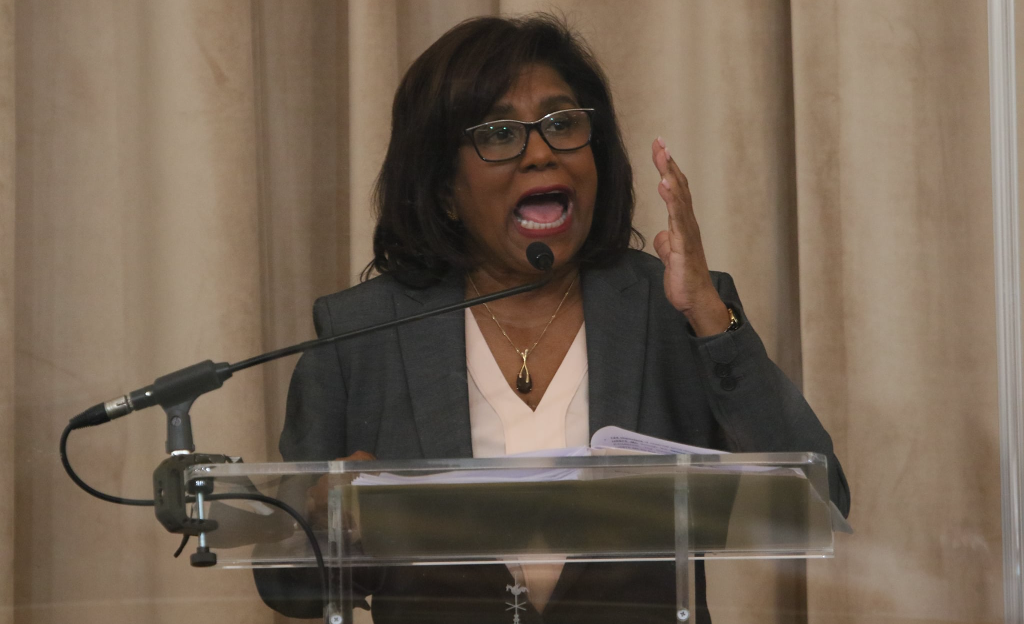 Photo: Trade and Industry Minister Paula Gopee-Scoon. Credit: Office of the Parliament of Trinidad and Tobago.

Trade Minister Paula Gopee-Scoon has promised fairness and transparency in treating with new and foreign used car dealers as Government seeks to implement quotas on the importation of new motor vehicles.

Finance Minister Colm Imbert in delivering the budget on October 5 announced measures to reduce the demand for vehicles and plug significant leakage of foreign exchange.

The Trade Minister in her contribution to debate on the budget on Tuesday noted that annually, $2.5 billion is spent on the importation of 25,000 vehicles.

She said: "There has been quite some noise from the foreign-used car dealers."

In this regard, Gopee-Scoon has promised to meet with Automotive Dealers Association president, Visham Babwah, to address the association's concerns.

The Minister said they’re also looking closely at foreign used car dealers who have not observed all of the terms of their dealerships. She said these dealers will be de-registered.

She noted other areas of foreign exchange leakage, including the food import bill.

Gopee-Scoon said this substantial figure must be reduced, especially as the country has been spending more foreign exchange than it earns.

According to the Central Statistical Office (CSO), of the $5.67 billion spent on food imports, TT$1.1 billion is spent on fruits and vegetables, TT$1 billion on cereals and cereals preparations, TT$180 million on biscuits, breads and pastries and TT$28 million on mixes and doughs.

The Minister said the availability of foreign exchange must be prioritised for the importation of food, medicines and inputs into manufacturing.