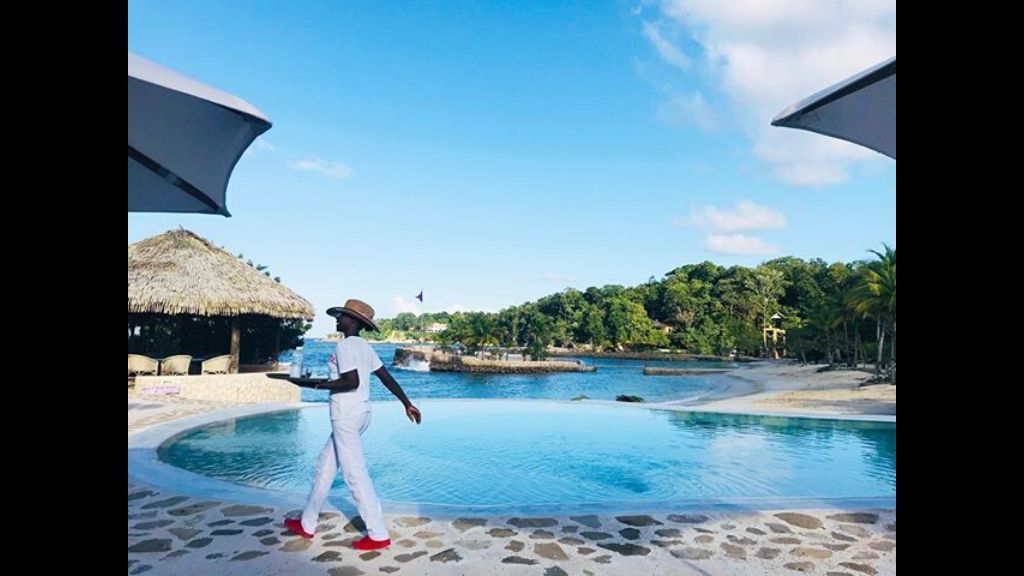 An aerial view of the North Coast resort. (Photos: courtesy of CNN Travel)

Tourists or locals with a particular interest in the James Bond series can score for themselves a minimum four-night stay at GoldenEye, the home of Bond.

Dubbed ‘The Ultimate James Bond Experience’, guests can unwind at the birthplace of the greatest spy series ever created, GoldenEye — where all 14 James Bond books were penned.

And, if this insightful vid of the current owner — former record producer Chris Blackwell — recounting his first days at GoldenEye isn’t convincing enough, here are some fun facts about the beloved north coast haunt…

1 GoldenEye was first owned by Ian Fleming. It is where, for over two decades, in his bedroom at GoldenEye, Fleming wrote each of the 13 James Bond novels.

2 Chris Blackwell’s first visit to GoldenEye was to have lunch with his mum Blanche Blackwell, then owner Ian Fleming, and playwright Noel Coward.

3 Fleming ‘stole’ the name of the author of the book about birds – Birds of the West Indies – which Fleming was quite fond of.

4 In 1961, Dr No, the first Bond novel made into a film, is shot in Jamaica. At Fleming’s suggestion, Chris Blackwell is hired as a location scout and consults on the movie’s soundtrack.

5 Three of the books – Dr No, Live and Let Die, and The Man with the Golden Gun – are set in Jamaica.

They include Sophia Loren, Marilyn Monroe, Johnny Depp, the Duchess of Devonshire, and Don Was, among others.

7 GoldenEye is now owned by Island Records’ founder Chris Blackwell, who purchased the property in 1976.

10 The resort will screen James Bond films outdoors for guests each Thursday this fall, leading up to the release of No Time to Die.

11 At the viewings, guests can enjoy complimentary popcorn and cocktails that include the ‘GoldenEye’, which features Blackwell's 007 limited edition fine Jamaican rum, and the ‘Scotch Bonnet Margarita’, made with chilies grown at Island Outpost’s Pantrepant Farm.

Queen & Slim star Jodie Turner-Smith bares it all at GoldenEye