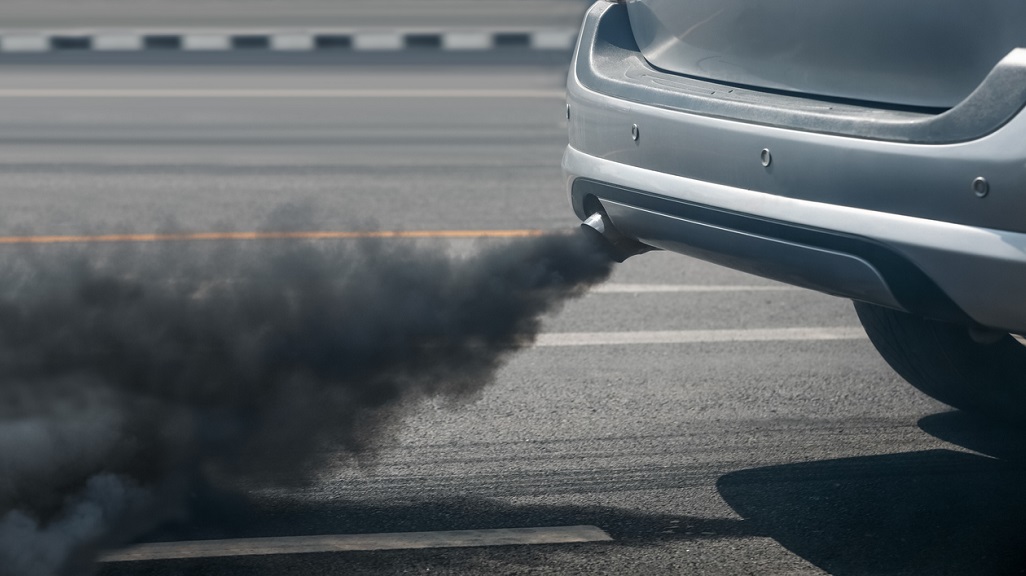 Trinidad and Tobago is the first Caribbean country to join the BreatheLife campaign as it pledges to achieve air quality guidelines as set out by the World Health Organisation (WHO) by 2025.

"Recognizing the impact air quality has on human health, the country’s Environmental Management Authority (EMA) and the Pan American Health Organization (PAHO) in 2019 began working on a Roadmap for Air Quality for Trinidad and Tobago and a Stakeholders Matrix for beneficiaries and interested parties for air quality in the country. Greater collaboration among the EMA, PAHO and Ministry of Health is envisioned, to link air quality data and non-communicable disease statistics in the country."

Trinidad and Tobago has also ratified the Paris Agreement, under which it has committed to reducing cumulative greenhouse gas emissions from a business as usual (BAU) baseline by 15 per cent in the transport, industry and power generation sectors, to be achieved by 2030.

“We are aware of the adverse health effects of both short-term and long-term exposure to particulate matter, and that no air quality standard can guarantee complete protection for all citizens against all possible adverse health effects of particulate matter,” said Managing Director of the Environmental Management Authority, Mr. Hayden Romano, “but we are committed to achieving the lowest concentrations possible in the context of local constraints, capabilities and public health priorities, as advised by the WHO.”

The country of just over 1.36 million people intends to achieve its proposed targets by tracking air quality and reduction progress through a national ambient air quality monitoring network, currently being expanded; enhancing its registration and permitting regime for facilities that emit air pollutants; and upholding commitments under the Paris Agreement.

The EMA said the very first two ambient air quality monitoring stations, initially sited in the capital city of Port-of-Spain and neighbouring district Chaguanas, have since been relocated to potential hotspots (near a major wastewater treatment plant and an industrial estate), and have been joined by a third station in Tobago, to which new air quality analyzers and meteorological sensors have been added, comprising continuous monitoring analyzers and meteorological sensors.

The equipment being used conform to, and are maintained in accordance with, United States Environment Protection Agency (US EPA) approved test methods and manufacturer specifications.

Ultimately, the vision is for the network to comprise, at minimum, seven stations — five in Trinidad and two in Tobago.

These developments will strengthen the capacity of the network to feed into efforts to:

Air quality data management software is used to link all stations remotely, compile the data into an inventory system, perform data validation and produce an Air Quality Index (AQI) that can be displayed in real-time to the public.

The AQI is published on the Environmental Management Authority’s website and its own site, where air quality information is directly linked to health precautions. The Air Quality Index also feeds into the World Air Quality Index page.

To raise public awareness on the importance of good air quality and the action needed to maintain it, the government has run several media and social media campaigns drawing citizens’ attention to the ambient air quality monitoring network and air quality index. It also provides air quality data to the national news media daily and issues media releases for extreme pollution events.

Drawing down emissions from industry

For Trinidad and Tobago, the most industrialized economy in the English-speaking Caribbean and the leading Caribbean producer of oil and gas, emissions from industry are a priority.

These emissions are controlled under the country’s Air Pollution Rules (2014) (APR), which identify activities that generate air pollutants and set permissible levels for both point sources/stack emissions and ambient air.

The Rules involve two phases. The first is source emitter registration, an inventory process to determine the quantity and quality of air pollutant emissions from relevant facilities. The second is permitting, in which the government issues air pollution permits to emitter facilities to ensure that their operations do not exceed the levels specified in the Air Pollution Rules. Permit conditions require that facilities reduce their emissions within a five-year period to comply with the rules.

The EMA said its Air Unit is developing a more streamlined, efficient and effective approach for certain mini/micro and small operators that must also register as source emitters, to ensure the objective of the Rules is achieved while minimizing any unnecessary burdens on these operators.

In 2020, the Air Unit has also planned to conduct sensitization sessions for these sectors, making them aware of the health impacts of their air pollutant emissions and the best management practices that they should implement to minimize these impacts.

Other efforts to limit air pollution from industry include:

Fulfilling commitments under the Paris Agreement

Trinidad and Tobago’s Nationally Determined Contribution (NDC) (pdf) under the Paris Agreement is based on its Carbon Reduction Strategy developed for its power generation, transportation and industrial sectors — the major emitting sectors of its economy.

Development of the Strategy involved wide stakeholder consultation and participation, including over 175 representatives of government ministries, agencies and institutions, academia, the private and industrial sectors, non-governmental organisations, civil society organisations, and fiduciary organisations.

The estimated cost of meeting its Paris Agreement goal of reducing overall emissions from its three major emitting sectors by 15 per cent on a Business-As-Usual trajectory by 2030 will be USD 2 billion, which is expected to be met partly through domestic funding, and is conditional on international financing, including through the Green Climate Fund.

But Trinidad and Tobago will commit to unconditionally reduce its public transportation emissions by 30 per cent compared to 2013 levels by December 31, 2030.

Romano said: “As an island nation and being part of the Caribbean Community, Trinidad and Tobago is very familiar with the impacts of climate change on our citizens’ wellbeing and health, and as a very industrialized nation, we are also very aware of the health effects of air pollution. It makes sense for us to tackle both in tandem, as it’s efficient and produces positive co-benefits, though it requires close coordination across all sectors and actors."

For its part, among other efforts, the Environmental Management Authority is conducting research on the impacts of traffic on the capital city, and has embarked on a project to delineate airsheds in the country, which will allow the agency to determine pollution hotspots and develop targeted, specific strategies to reduce air pollution.

In terms of transport emissions, the country is also reviewing fuel subsidies for the industry sector, assessing the viability of using biofuels in the transport system, and developing a plan to promote ridesharing. It’s also promoting energy efficiency in water transport and upgrading and replacing aircraft, while promoting the use of information and communications technology to reduce the need to travel.

To reduce emissions from its energy supply, Trinidad and Tobago is developing a national policy document to guide all consumers towards more energy efficient practices and greater energy conservation. It is also putting in place a Waste-to-Energy pilot plant and a renewable energy pilot plant, and acquiring a new high efficiency single-cycle generator in Tobago.

To tackle emissions from food and agriculture, the country is putting in place a biofertilizer technology project. It is also focused on its natural ecosystems, improving forest fire protection capacity, preserving and conserving existing natural forests on State land, and ensuring sustainable management of wetland resources.

In preparation for higher temperatures in the tropics and the corresponding increase in demand for cooling, Trinidad and Tobago launched its new National Cooling Strategy, aimed at supporting “sustainable, energy-efficient, low-global warming potential cooling” in the country while meeting targets under the Montreal Protocol and its Kigali Amendments, which govern ozone protection.

The government expects that implementation of the strategy would save residential consumers and businesses money on their utility bills, reduce electricity waste, and provide greater comfort and productivity for building occupants, while creating employment, mitigating greenhouse gas emissions, and supporting Trinidad and Tobago’s efforts to meet the Sustainable Development Goals (SDGs) and its obligations towards the Paris Climate Agreement.

The BreatheLife campaign welcomes the leadership of Trinidad and Tobago on action for safer air and a stable climate.