Tropical Depression One forms off the coast of East-Central Florida 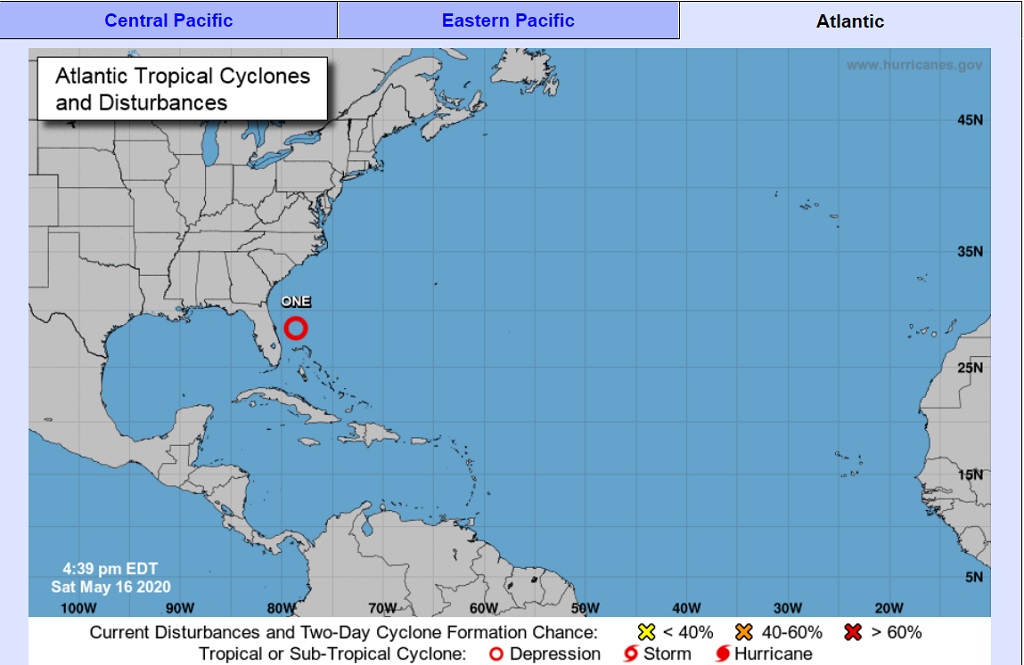 It has begun. Tropical Depression One has formed off the coast of East-Central Florida.

The US National Hurricane Center (NHC) issued an advisory at 5 pm.

A Tropical Storm Watch has been issued for the North Carolina coast from North of Surf City to Duck, including Pamlico and Albemarle Sounds.

A Tropical Storm Watch means that tropical storm conditions are possible within the watch area, generally within 48 hours.

At 5 pm the center of Tropical Depression One was located near latitude 28.4 North, longitude 78.6 West.

The depression is moving toward the north-northeast near 13 mph (20 km/h) and this motion should continue during the next day or so.

On the forecast track, the depression is expected to move offshore, but parallel to, the coast of Florida tonight, and then move near or east of the coast of North Carolina on Monday. Maximum sustained winds are near 35 mph (55 km/h) with higher gusts.

Gradual strengthening is forecast, and the depression is expected to become a tropical storm on Sunday.

At least 6 dead as storms hit Oklahoma, Texas and Louisiana