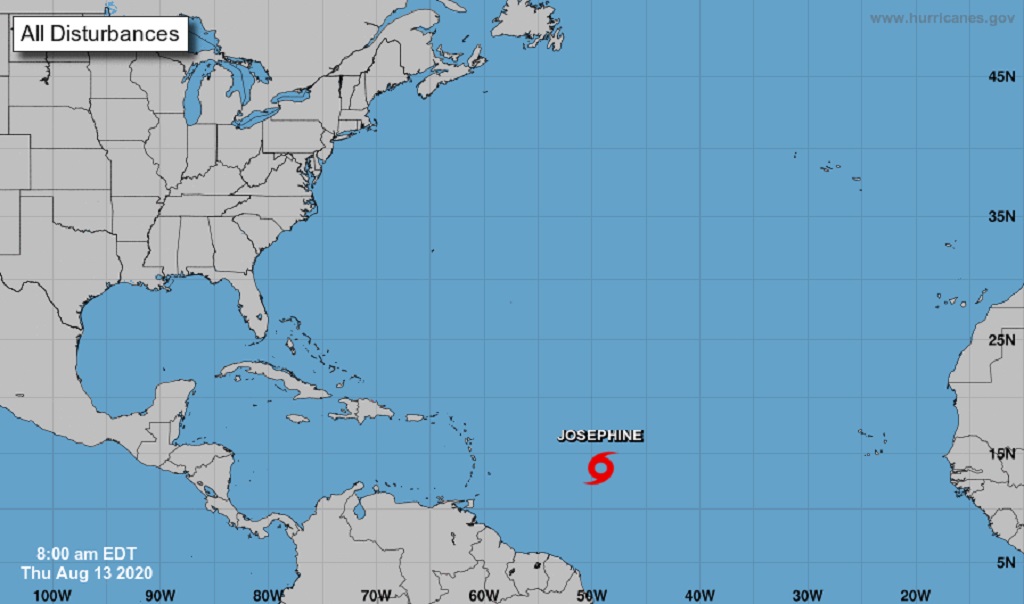 No watches or warnings have been issued for the Caribbean as Tropical Storm Josephine formed this morning.

It is the tenth named storm of the Atlantic 2020 hurricane season.

The US National Hurricane Center (NHC) in its 11 am advisory said the storm was located about 975 miles east south east of the northern leeward islands with maximum sustained winds of 45 miles per hour.

There are no coastal watches or warnings in effect. Interests in the Leeward Islands should monitor the progress of this system.

Josephine is moving toward the west-northwest near 15 mph (24 km/h), and this general motion is expected to continue for the next few days followed by a turn toward the northwest late this weekend or early next week.

Some additional strengthening is forecast during the next 48 hours. Tropical-storm-force winds extend outward up to 80 miles (130 km) to the north of the center.

The next complete advisory will be given at 5 pm.

Preparing for the hurricane season during COVID-19