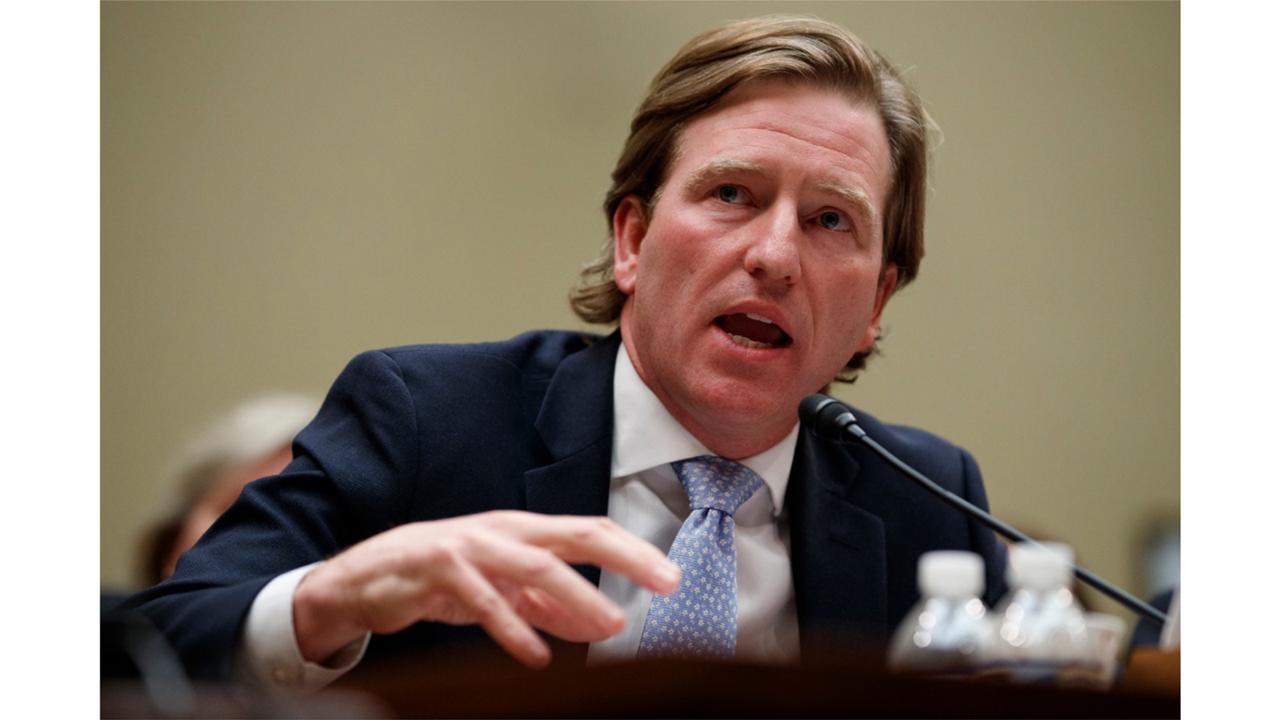 In this May 22, 2019, file photo, Christopher Krebs, director of the Cybersecurity and Infrastructure Security Agency, testifies on Capitol Hill in Washington. (AP Photo/Carolyn Kaster, File)

President Donald Trump on Tuesday fired the nation’s top election security official, a widely respected member of his administration who had dared to refute the president’s unsubstantiated claims of electoral fraud and vouch for the integrity of the vote.

While abrupt, the dismissal of Christopher Krebs, the director of the Cybersecurity and Infrastructure Security Agency, was not a surprise.

Since his loss, Trump has been ridding his administration of officials seen as insufficiently loyal and has been denouncing the conduct of an election that led to an embarrassing defeat to Democrat Joe Biden.

That made Krebs a prime target. He had used the imprimatur of Trump's own Department of Homeland Security, where his agency was based, to issue a stream of statements and tweets over the past week attesting to the proper conduct of the election and denouncing the falsehoods spread by the president and his supporters — without mentioning Trump by name.

Krebs stood by those assertions after his ouster.

“Honoured to serve. We did it right," he said in a brief statement on Twitter. "Defend Today, Secure Tomorrow.”

He closed with the phrase “Protect 2020,” which had been his agency’s slogan ahead of the election.

The firing of Krebs, a Trump appointee, came the week after the dismissal of Defense Secretary Mark Esper, part of a broader shakeup that put Trump loyalists in senior Pentagon positions.

A former Microsoft executive, Krebs ran the agency, known as CISA, from its creation in the wake of Russian interference with the 2016 election through the November election. He won bipartisan praise as CISA coordinated federal state and local efforts to defend electoral systems from foreign or domestic interference.

Hours before being dismissed, Krebs tweeted out a report citing 59 election security experts saying there is no credible evidence of computer fraud in the 2020 election outcome.

Trump responded on Twitter later in the day. He repeated unsubstantiated claims about the vote and wrote: “effective immediately, Chris Krebs has been terminated as Director of the Cybersecurity and Infrastructure Security Agency.”

Officials with CISA and its parent agency, the Department of Homeland Security, had no immediate comment.

Members of Congress — mostly Democrats — denounced the firing.
Rep. Adam Schiff, D-Calif., chairman of the House intelligence committee, assailed Trump for “retaliating against Director Krebs and other officials who did their duty. It’s pathetic but sadly predictable that upholding and protecting our democratic processes would be cause for firing."

One of the few Republicans joining in the criticism was Sen. Ben Sasse of Nebraska, a frequent Trump critic. “Chris Krebs did a really good job, as state election officials all across the nation will tell you, and he obviously should not be fired,” he said.

Biden campaign spokesman Michael Gwin noted that bipartisan election officials have dismissed Trump’s claims of widespread fraud. “Chris Krebs should be commended for his service in protecting our elections, not fired for telling the truth.”

Krebs kept a low profile even as he voiced confidence ahead of the November vote and, afterwards, knocked down allegations that the count was tainted by fraud. The repudiation of Trump was notable coming from a component of DHS, which has been criticized for seeming to be too closely aligned with the president's political goals.

CISA issued statements dismissing claims that large numbers of dead people could vote or that someone could change results without detection.

It also distributed a statement from a coalition of federal and state officials concluding there was no evidence that votes were compromised or altered in the November 3 election and that the vote was the most secure in American history.

Krebs avoided ever directly criticizing the president and tried to stay above the political fray, even as he worked to contradict misinformation coming from the president and his supporters. “It’s not our job to fact check the president,” he said at a briefing with reporters on the eve of the election.

CISA works with the state and local officials who run US elections as well as private companies that supply voting equipment to address cybersecurity and other threats while monitoring balloting and tabulation from a control room at its headquarters near Washington. It also works with industry and utilities to protect the nation’s industrial base and power grid from threats.

The agency enjoys a good reputation among its core constituency — the state and local election officials who rely on its advice and services at a time of near-constant cyberattack -- as well as on Capitol Hill, where lawmakers recently proposed an increase of its annual budget of around $2 billion.

His removal is a “disturbing sign for the American government,” said California Secretary of State Alex Padilla.

“Chris Krebs has been an accessible, reliable partner for elections officials across the country, and across party lines, as we have fortified our cyber defences since 2016,” Padilla said. “Our elections infrastructure has become stronger because of leaders like Chris Krebs and in spite of the actions and lies coming from the White House.”

The agency emerged from rocky beginnings. Just before President Barack Obama left office, the U.S. designated election systems as critical national security infrastructure, like dams or power plants, as a result of the interference by Russia, which included the penetration of state elections systems as well as massive disinformation.

Some state election officials and Republicans, suspicious of federal intrusion on their turf, were opposed to the designation. The National Association of Secretaries of State adopted a resolution in opposition to the move in February 2017. But the Trump administration supported the designation, and, eventually, sceptical state officials welcomed the assistance.