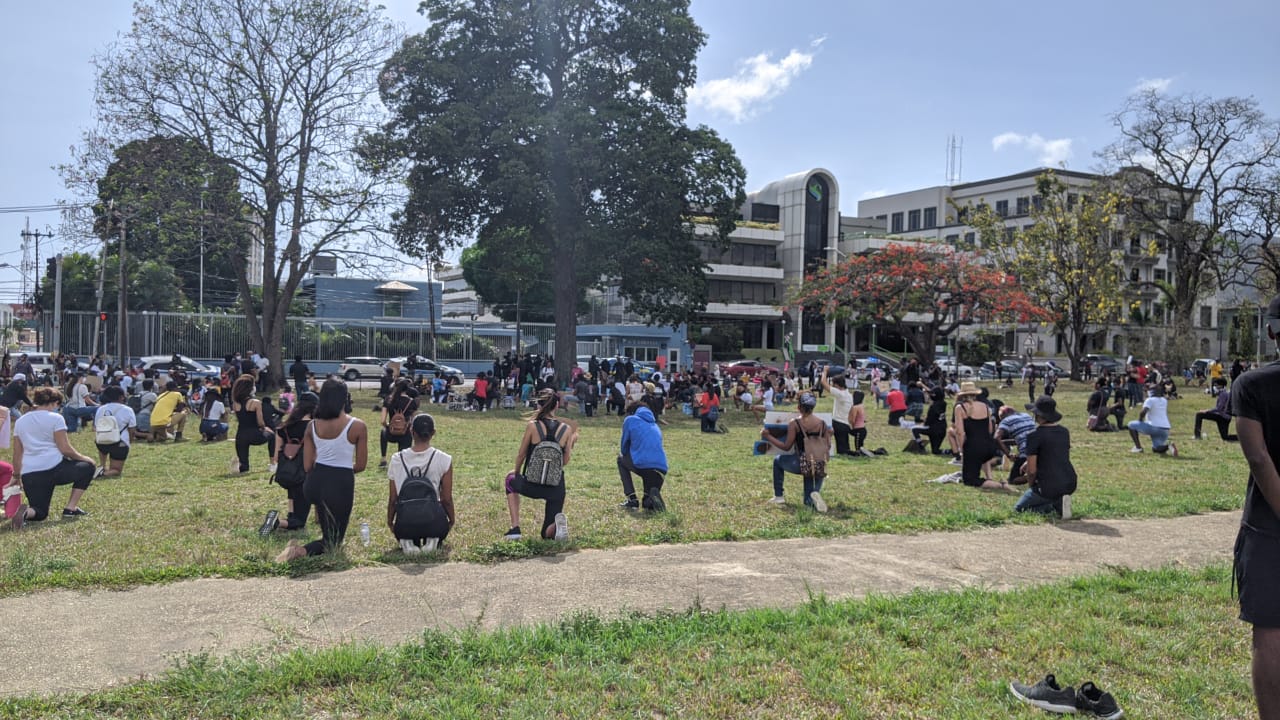 Protesters take a knee for eight minutes and 49 seconds; the amount of time a police officer pressed his knee into the neck of an unarmed Black man in Minnesota.

A protest in support of Black Lives Matter at the Queens Park Savannah just opposite the US Embassy was largely peaceful despite two clashes with police officers on the scene.

Hundreds of protesters gathered between 1 pm and 4 pm to stand in solidarity with Black Lives Matters movements across the world and to protest local instances of social injustice.

After hours of peaceful and socially distant protesting, Commissioner of Police, Gary Griffith journeyed to the centre of the crowd but was not welcome by some of those gathered.

Performer and social justice activist, Muhammed Muwakil attempted to allay the crowd’s anxiety, but Griffith, despite expressing support, ended up returning to the outskirts of the gathering.

Tempers flared again when a police officer, armed with a video camera, began recording individuals gathered at the protest. The officer,  likely a member of the TTPS' audio visual unit continued to record those gathered despite being asked repeatedly to stop.

An altercation ensued, which resulted in this officer being removed from the scene.

Muwakil, speaking to Loop News following the protest implored that it’s time for everyone in T&T to wake up and notice the things happening around us. He made an emotional plea for citizens to invest in themselves and each other.

The Commissioner reaffirmed his support for protests like this one. He also said that he’s learned that many things do need to change within the Trinidad and Tobago Police Service and is seeking to find solutions to what many have called harsh policing and profiling.

Here are a few scenes from today’s protest: