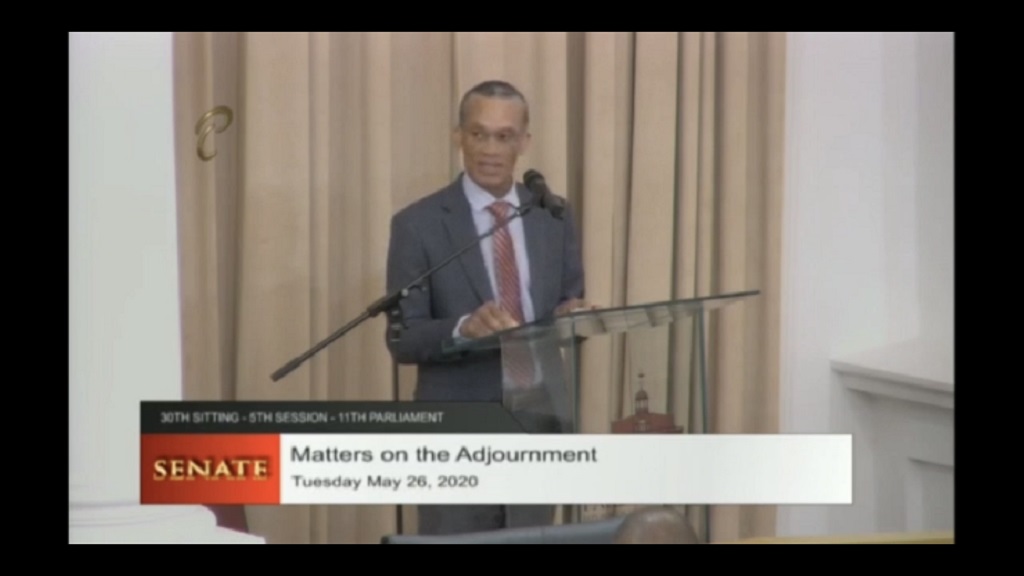 Editor's note: This story's headline was updated to reflect that Trinidad and Tobago's Foreign Minister said the country was not bound by the decisions taken by the Rio Treaty's signatories on Venezuela's affairs, as opposed to the Treaty itself.

Foreign Affairs Minister Dennis Moses says Trinidad and Tobago is not bound by the decisions taken by nations of the Inter-American Treaty of Reciprocal Assistance (Rio Treaty) as it relates to the imposition of travel bans and sanctions against Venezuela's legitimate Government.

Moses was responding to a question raised by Opposition Senator Anita Haynes during Matters on the Adjournment on Tuesday. Haynes asked why the Government deliberately breached the Rio Treaty by allowing Venezuela's Vice President, Delcy Rodriguez, to visit the country in March. This matter has received media attention since it arose earlier this month and has been the subject of discussion across all sectors of the country.

Seeking to put the issue to rest, the Foreign Affairs Minister explained that though the country is a signatory to the Rio Treaty, the pact does not supersede international law. He added that the decision to sanction Venezuela was done to interfere in the country’s internal affairs which falls outside the ambit of the Treaty.

“The distortion of the Rio Treaty, a collective self-defence pact, to treat with matters internal to Venezuela without the consent or request of that country is questionable and does not sit well with the intended purposes of the Treaty.  Indeed, as the Rio Treaty explicitly informs, none of the provisions of the treaty shall be construed as impairing the rights and obligations of the high contracting parties under the Charter of the United Nations.”

As such, Moses reiterated that the twin-island republic recognises Nicolas Maduro as the legitimate leader of Venezuela and not Juan Guaido who is acknowledged by the United States. He went on to note that the Treaty does not govern T&T's foreign policy.

“Trinidad and Tobago takes the position that it is not bound by these recent decisions of the Rio Treaty, inclusive of the travel restrictions imposed on the Vice President of Venezuela since it had entered, meaning Trinidad and Tobago had entered - repeatedly so dear I say - in a sustained and consistent manner regarding such decisions at the OAS General Assembly in June of last year and at the meeting of the Rio Treaty in September of 2019.”

Meanwhile, the 15-member Caribbean Community (CARICOM) also recognises Maduro as the President of the Bolivarian Republic.

In 2015, the United States imposed unilateral coercive measures against Venezuela under the Barack Obama administration. Venezuela has suffered immensely under these blockades which prevent other nations from conducting business or trade with it. Any nation which overlooks the stipulations of the US embargos subjects themselves to sanctions as well.  As a result, a total of 57 countries have blacklisted T&T’s closest neighbour.

PM slams 'traitor' Kamla for lobbying for US sanctions