From T&T to the World: Josanne Mark builds a global design brand 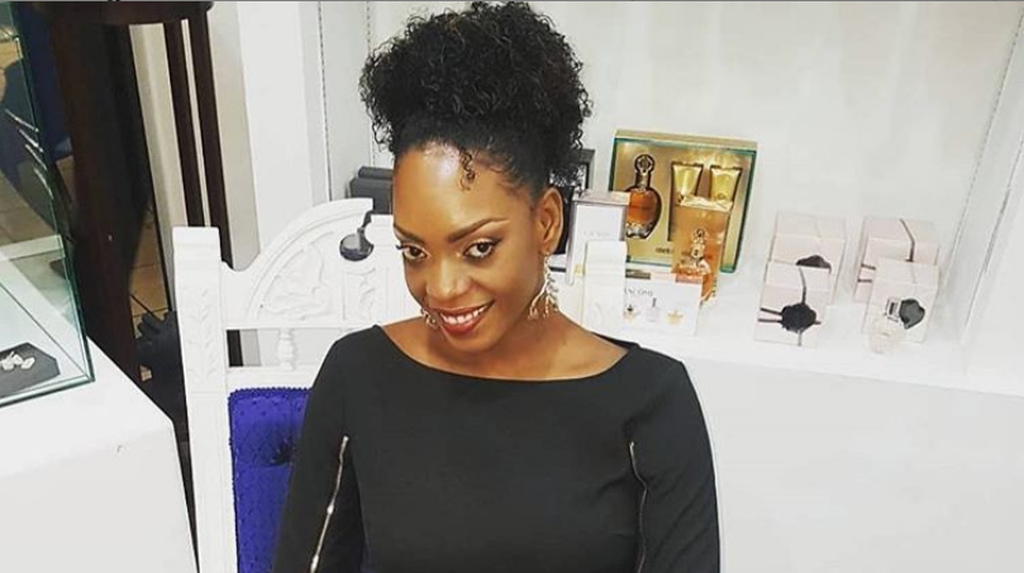 Josanne Mark is inspired by nature.

Her jewellery designs include earrings inspired by sea fans, corals, creeping vine and fever bush, cuffs that look like driftwood and a dragonfly pendant with sea fan wings.

She recreates patterns she sees in nature by marrying traditional materials: silver, gemstones and bronze with organic materials such as wood, buffalo horn and pearls to create unique pieces.

Being close to nature, particularly the ocean and the bush is one of the reasons Mark returned to Trinidad and Tobago after completing studies at the famed Fashion Institute of Technology (FIT) in New York.

“I feel like I get lost being exposed to so much stimuli in New York. I need to be quiet and with nature in order to create,” says Mark, who named one of her collections Behind God Back because it was inspired by her own backyard in Fyzabad, a place she laughingly describes as “behind God’s back”.

“Home kept calling me, although the opportunities were over there, I knew home was where I needed to be. I had to grow creatively and I needed to be in this environment to be authentic to my creative force.” 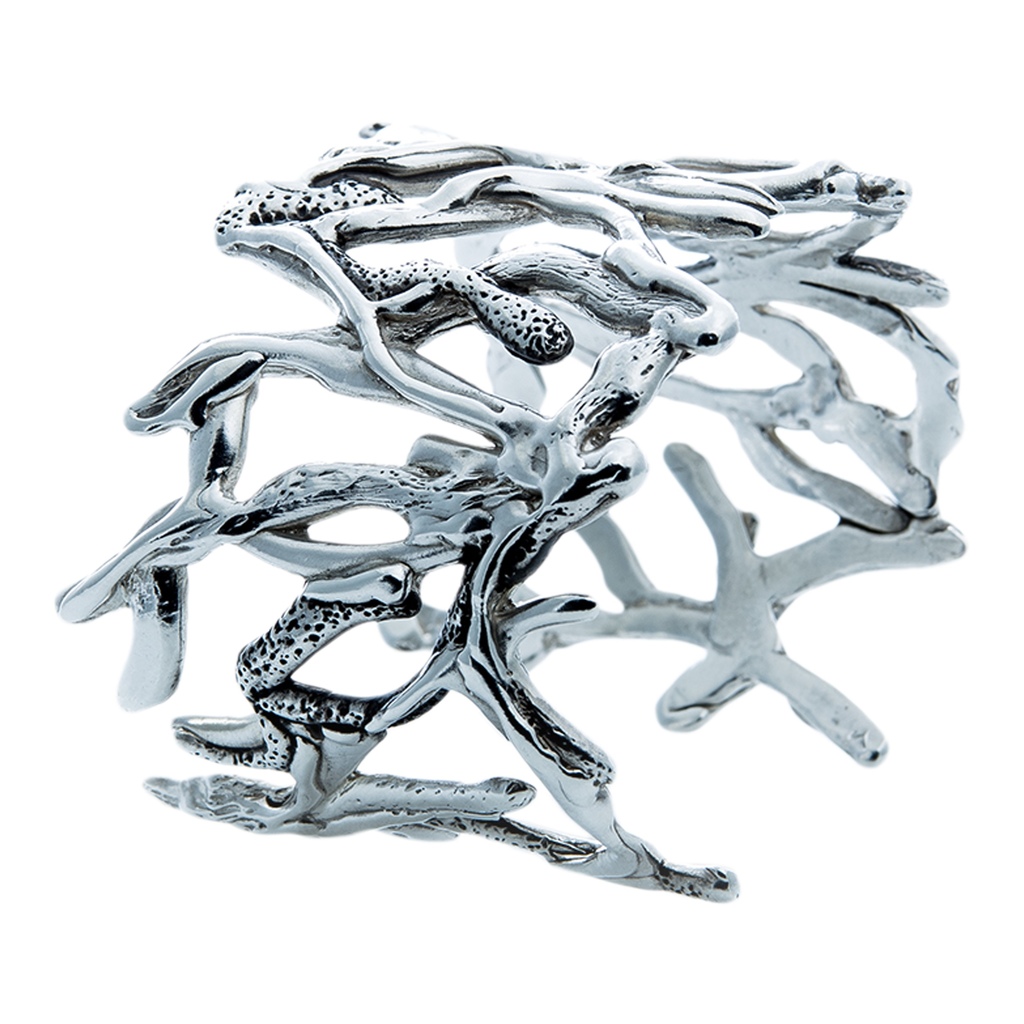 Staying faithful to her muse has paid off for the designer whose elegant and ethereal pieces have been featured three times from November 2018 to January and February 2019 in British Vogue in the Jewellery Designer Profile.

Mark said the magazine found her via her website which she designed and built herself.

“It took me four months to complete the website,” says Mark, who used the site to bridge the gap between working from T&T and the rest of the world.

“I would always compare myself to the best of the best, the Tiffany’s etc and I would also evaluate myself compared to them. I wanted my website to be the version of a big-ticket brand. It is the second hardest thing I ever did. I did all the photography and taught myself to get certain features in the backend to work. I knew I was preparing for something big in doing it so every time I wanted to give up I said no if you don’t do it properly if the right person came along and didn’t like it they would say this is not the brand for me.”

With Vogue’s attention and her growing fame as a jewellery designer, Mark says her parents are proud of her accomplishments.

They were disappointed at first, she says, when she deviated from her path to psychology to delve into design. 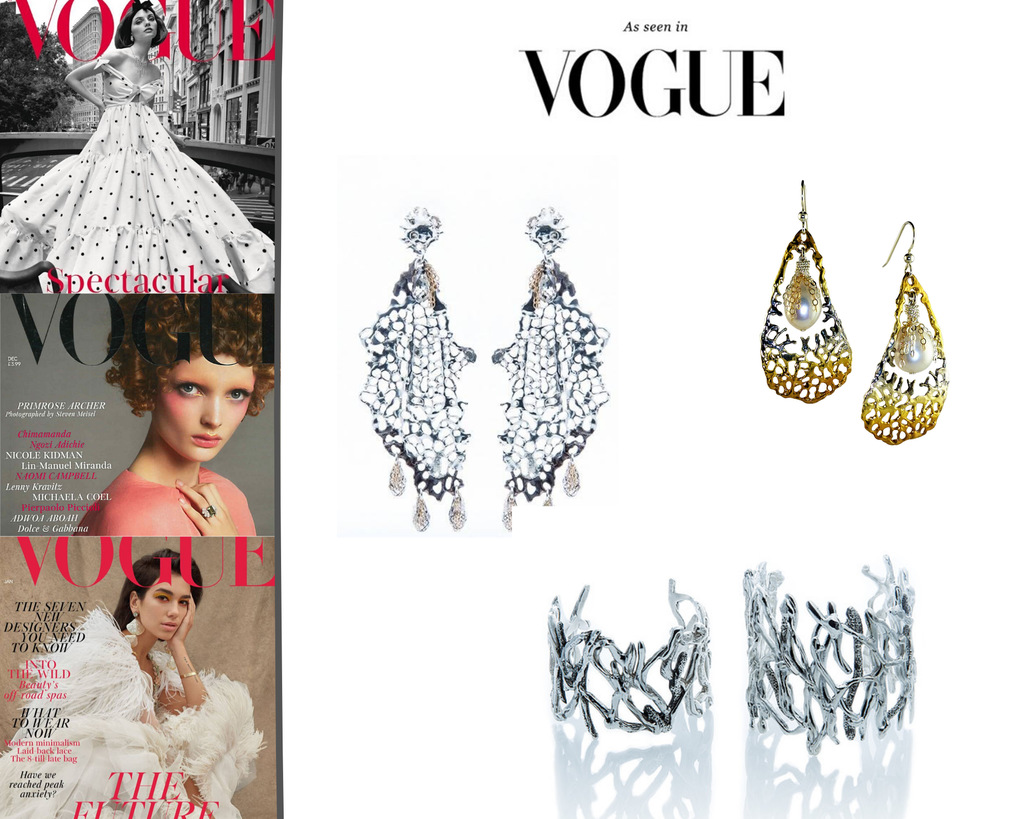 It was actually while studying for her degree in psychology at the University of the West Indies, St Augustine, that Mark discovered her love for designing jewellery.

“I was always intrigued by the texture on stones and twigs and leaves, anything in the natural environment and I always had the urge to create in my mind but not necessarily with my hands. One day a necklace a friend bought me for my birthday broke and I had to restring it. I lost lots of the beads and in restringing it I had to change the pattern of the design and everyone complimented me so that became my creative expression.

“After class, I would go home and find things to restring. My mum had this stash of vintage things, I went into it and I started making things with thread and as I continued to do that and wear the pieces people asked where I got it. I went to Charlotte Street and bought beads and started to sell my creations.”

After UWI, Mark spent three months looking for a job and decided to register her design business.

With her designs aimed for a high-end market, she got into Stechers and from there everything took off.

“After three years I said I need to study because I would be left behind. I was self-taught, never worked with metal. There is one technique I used and perfected but that is all I knew. One day I saw a newspaper article talking about (handbag designer) Ria Ramkissoon and how she went to FIT and I Googled it since I never heard of it before.” 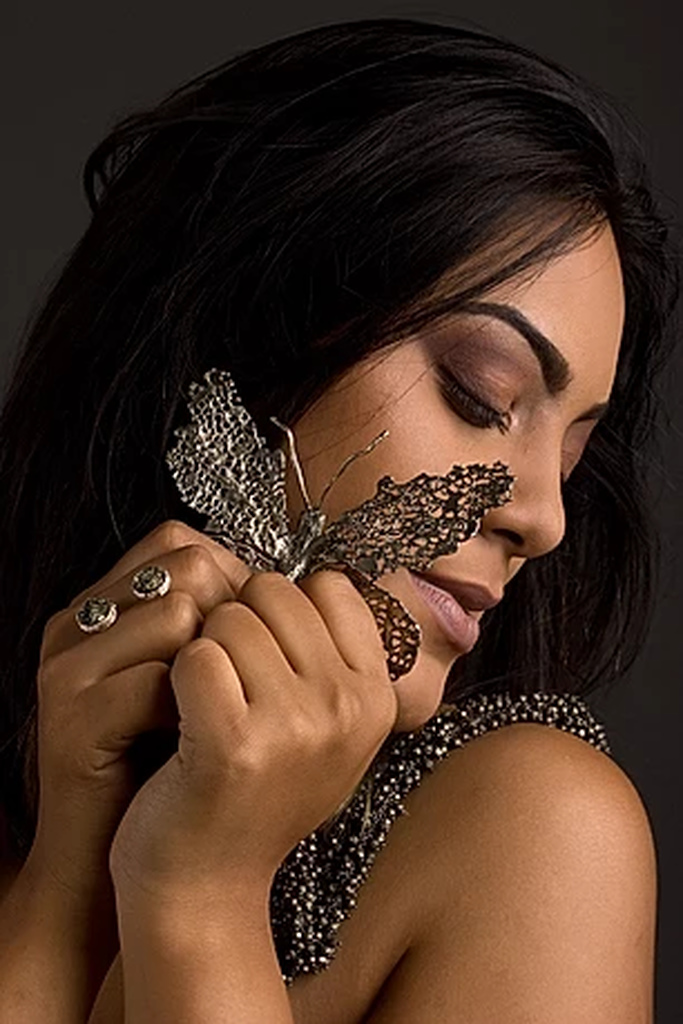 Despite naysayers telling her it as difficult to get into the prestigious design school, Mark was accepted to study jewellery design and metal arts.

“My experience there was fascinating but I always felt less than everyone else. You are among the cream of the crop, people who have been doing arts their whole life, their knowledge base was so huge compared to mine,” she recalls.

That tenacity is a big reason Mark is fighting against migrating.  She feels strongly that building a successful global brand from home through her website and her international retailer, the Jewelry Showcase, will show other creatives that they don’t need to go abroad to make it.

Asked what is needed to help creatives like herself, Mark said wider support.

“It needs to reach everyone and it needs to be easy to access support, there too much red tape. Some support I can access but those programmes are always at the end of the year around Christmas so I can’t always take time off to go do a course. I am seeing the effort though and I am grateful for it.”

Josanne Mark’s jewellery can be found via her website and locally at Dreamstones Jewellers at the Falls of Westmall and Stechers, Gulf City.