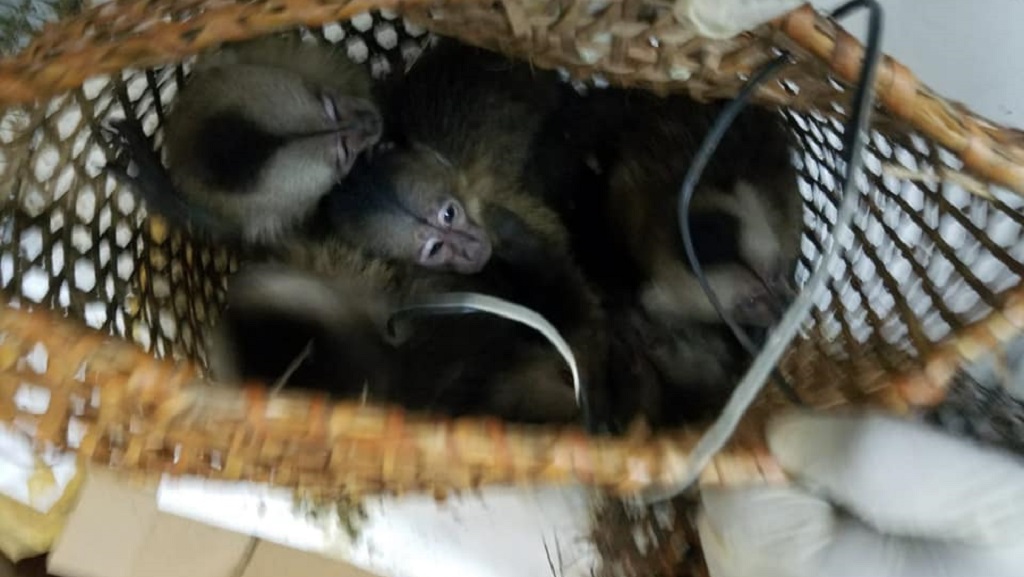 Two fishermen were fined a total of $174,200 after they appeared before a Point Fortin Magistrate on Monday, charged with being in possession of protected animals.

The accused are Donald Ramdhanie, 46, and Vishnu Sookram, 35, and are both fishermen from Icacos Village.

They were given two months to pay the fine or they could face a default term of up to nine months in prison.

The sentence was handed down by Magistrate Alicia Chankar.

The State was represented by police prosecutor Sgt Manolal.

Game warden Bisham Madhu was the complainant (charging officer) in this matter.

Both Ramdhanie and Sookram pled guilty to 47 charges which stemmed from the discovery of 13 Capuchin monkeys, and 17 bullfinches at a house in Icacos Village.

They were among six persons, including four Venezuelan nationals, who were held on Saturday morning after police found and seized the animals in cages at a house located along Lover’s  Lane.

The animals, police believe, were brought from a boat which originated in Venezuela.

Police suspect that they were to be sold on the black market in Trinidad.

The charges that were laid included possession of protected animals, keeping animals in undersized cages, and keeping caged animals without permits to do so.