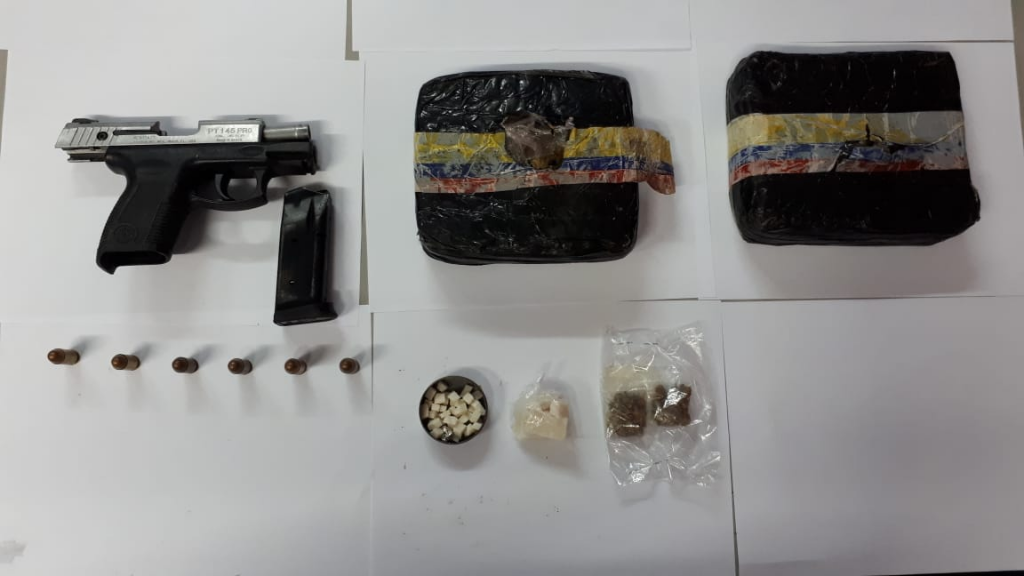 Two people are currently in police custody after they were held during a police exercise on Tuesday night, with a loaded firearm and a quantity of narcotics.

One man, aged 30, was held after he was allegedly found in possession of two packets of marijuana, and seven grammes of cocaine.

The other suspect was held after a 9mm firearm, loaded with six rounds of ammunition, was allegedly found in his possession.

The exercise was supervised by Snr Sup Sagramsingh, and assisted by Superintendent Phillip, ASP Andrews, Inspector Beard, Sgt Guelo, Cpl Lavia, along with other members of the North Eastern Division Task Force.