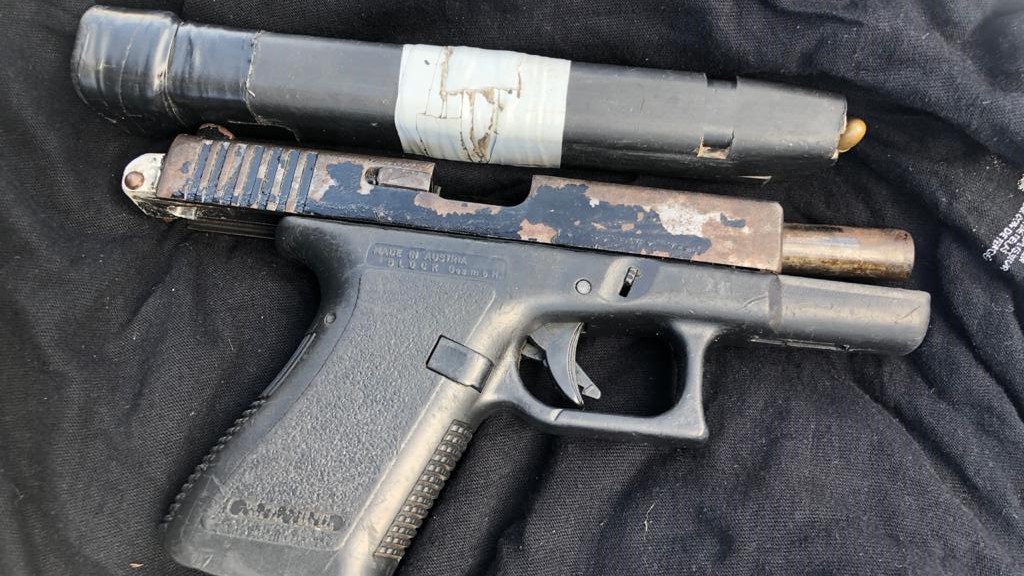 A firearm seized at the scene of a police-involved shooting in Arima.

According to police reports at about midday yesterday, a team of officers from the Northern Division were on patrol in unmarked vehicles, when they got information that the suspects in a Cunupia robbery were in Arima.

The officers made their way to Fifth Street, Peytonville, where they observed a vehicle which matched the description given.

Police said four men exited the vehicle, with one of them holding a firearm. The man reportedly fired at the police before all three suspects attempted to flee.

They were both taken to the Arima Hospital for treatment.

Checks were made for the other two and a 25-year-old man was found in an abandoned structure along Savannah Drive.

One Glock 19 with a selector and extended magazine with ammunition was seized from him.
A bag containing TTD$4,900 and another bag containing tie straps and duct tape was discovered in the vehicle.

A team of officers from the Northern Division, led by ASP Deonarine and Insp Ward, visited the scene of the shooting.