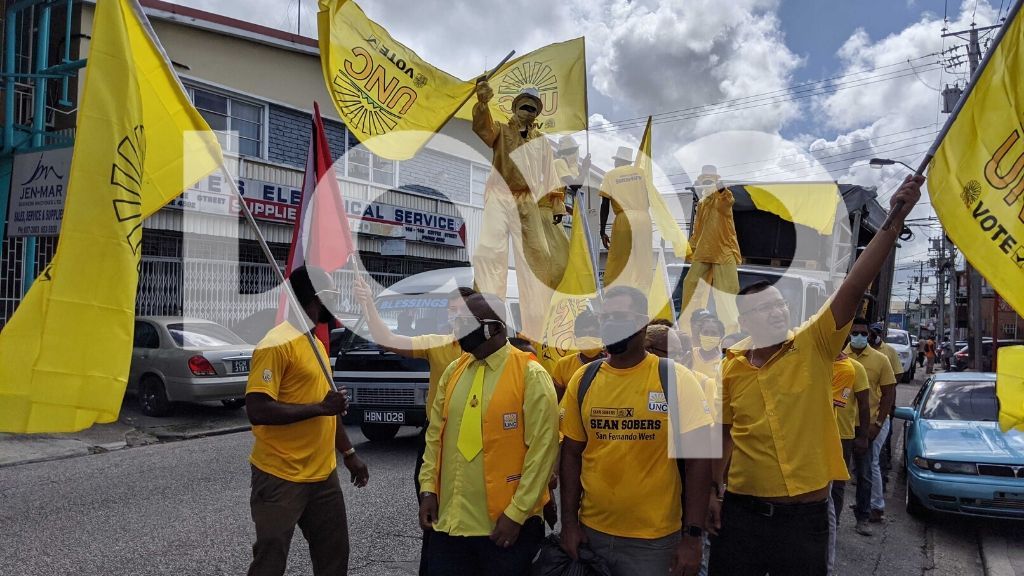 The United National Congress (UNC) has been victim to a series of "criminal acts" in the constituency of San Fernando West.

This as UNC candidate for San Fernando West Sean Sobers alleged that 18 of the party's banners and a sub-office in San Feenando West had been vandalised - a matter which has since been reported to police.

The UNC candidate made the claim while speaking at the party's virtual political meeting, On the Ballot, on Thursday night.

He said as the curtains come to a close on the election campaign, he's come to know the "darker side" of politics.

"Within the last two weeks, we have been the victims of criminal damage and vandalism throughout San Fernando West.

Posters that have been put up throughout this constituency have been torn down.

As of yesterday, the count stood at 18 banners vandalised and this morning, we very well had the last straw, that a sub-office was vandalised located at the Gulf View Link Road."

Sobers said the alleged acts of vandalism have not deterred his campaign, but have strengthened his resolve to fight harder to bring to the people of San Fernando West better representation.

The candidate restated his commitment to clean politics, community building and doing his part to get the country back on track.