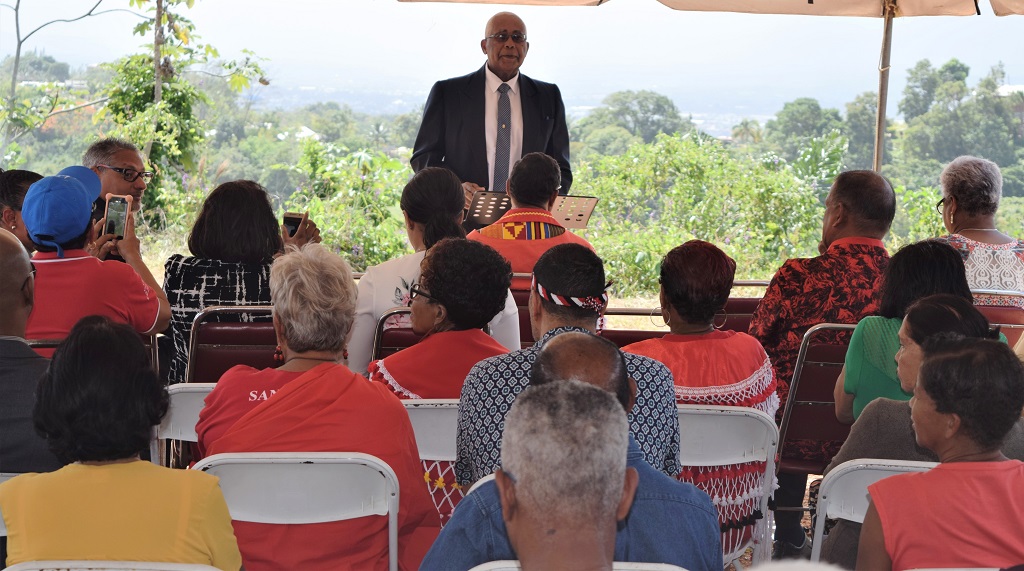 Education Minister and President of the United Nations Educational, Scientific and Cultural Organisation (UNESCO) of Trinidad and Tobago, Anthony Garcia.

Speaking at the sod-turning ceremony on Tuesday, the President of UNESCO Trinidad and Tobago and Minister of Education, Anthony Garcia, said the investment highlights the importance of the project for the preservation of history and culture.

“Through the involvement of UNESCO we will be able to share with the wider society of Trinidad and Tobago insight into a culture that is so integral into who we are as a people today. Trinidad and Tobago boasts of an eclectic and cosmopolitan mix of religions, people, traditions and beliefs and this, is evident simply by looking around at the persons gathered here today. For many of us, tracing our lineage and understanding our heritage is difficult because of generations of misinformation, separation or migration. Therefore, to be able to engage in the establishment of this Heritage Village will be to the benefit of so many people who will now be able to have a better understanding of where they came from and what has contributed to the life that we know today.”

Garcia said the Santa Rosa First Peoples Community is recognised by the Government as the official representative of the country’s indigenous people. In December 2012, the Government agreed to allocate 25 acres of forested lands in the Arima Forest Reserve, to this community. The intended purpose was to demonstrate how a community could engage in sustainable forest-based livelihoods and contribute to the socio-economic development of the wider community while maintaining traditional cultural and spiritual values.

Minister of Agriculture, Lands and Fisheries, Clarence Rambharat, also attended the sod-turning ceremony. He urged society to begin recognising the First Peoples with the degree of pre-eminence which they deserve and that is now the norm in other countries, such as in Canada.

Chief of the Santa Rosa First Peoples Community, Ricardo Hernandez Bharath, in delivering remarks, thanked UNESCO for the assistance. He said this First Phase of the Heritage Village will consist of a building depicting the traditional home of an Amerindian Cacique/Chief, the traditional home of an Amerindian family and a traditional kitchen for the preparation of indigenous foods. These structures will serve as the genesis of an established physical Community for the Santa Rosa First People.