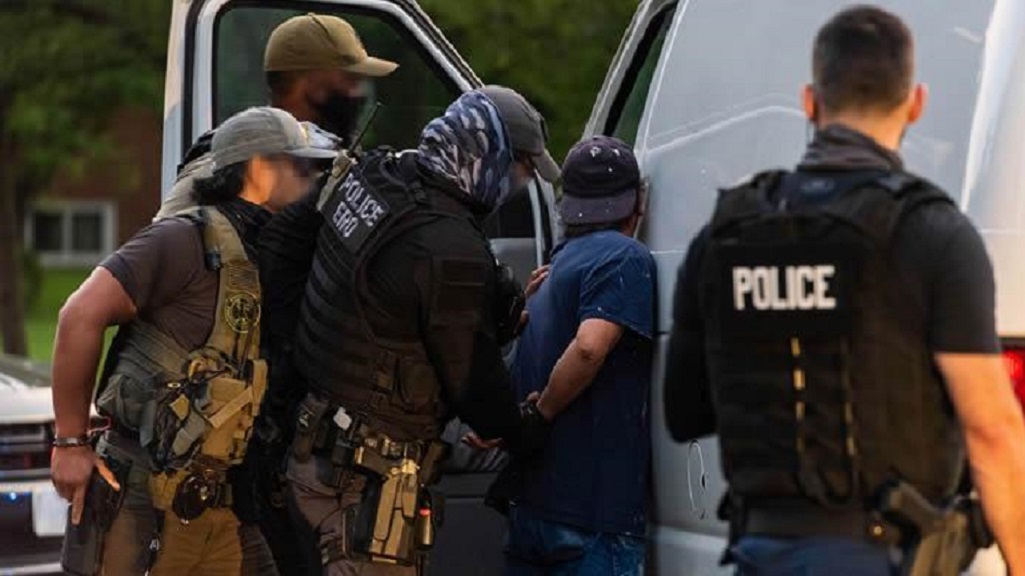 National Security Minister Stuart Young has refuted claims made by a US senator that the US government deported Venezuelans via Trinidad and Tobago, possibly violating a US travel ban.

Senator Bob Menendez, a top Democrat on the Senate Foreign Relations Committee, said the Trump administration stealthily deported an unknown number of Venezuelans through Trinidad and Tobago as a third party, possibly violating US laws and undermining US warnings about the socialist government's human rights record.

However, National Security Minister Stuart Young told Loop News there is no truth to these allegations:

“As far as I am aware there is no truth to the allegation that the US deported Venezuelans through Trinidad and Tobago. It is a strange proposition. We never agreed to any such operation and I have confirmed with Immigration that we have no knowledge of any such incident.”

Menendez said Friday that the State Department in recent weeks had confirmed to his office that the deportations occurred via Trinidad and Tobago between January and March 2020.

It's not clear how many indirect deportations to Venezuela took place. But Menendez said they would appear to violate a US travel ban imposed in May 2019 at the height of the US campaign to remove President Nicolás Maduro and which prohibits all air travel to Venezuela due to safety concerns.

Joe Biden, the Democratic presidential candidate, on Friday blasted President Trump for carrying out "stealth deportations" of Venezuelans instead of granting them what's known as temporary protected status to block their removal.

"It's abundantly clear he has no regard for the suffering of the Venezuelan people," said Biden, citing Menendez's findings.

Since last October, at least 180 Venezuelans have been removed from the US, according to Immigration and Customs Enforcement.

ICE provided no breakdown but removals to third countries include Venezuelans who self-deported, those turned back at entry points as well as individuals forcibly removed against their will.

Separate data from Syracuse University show that all but a handful of Venezuelans removed had no criminal conviction.

"ICE defers to the White House on Congressional correspondence directed to the Trump administration," an ICE spokesperson said in a statement.

Menendez in a letter addressed to Secretary of State Mike Pompeo, Transportation Secretary Elaine Chao and the Department of Homeland Security's Chad Wolf requested details about the deportation flights and whether they had appropriate waivers.

Menendez in his letter cited the penalties levied against Copa Airlines, which in June was fined $450,000 for violating the flight ban even though it didn't transport passengers directly from the US but via its hub in Panama.

Elliott Abrams, the State Department's special representative for Venezuela and Iran, said in Senate testimony in August that the US was not deporting Venezuelans because it's unsafe for them to return home.

But by then Maduro's government had cut off all travel to slow the spread of the coronavirus. Maduro this week said he hopes to reopen the nation's airports by December.

While the number of Venezuelans being deported pale in comparison to the large number of Mexican and Central American migrants turned back, many of them have sought asylum or are escaping an unprecedented economic crisis made worse by US sanctions.

Aides in the US of opposition leader Juan Guaidó, who the US recognizes as Venezuela's legitimate president, said they had no knowledge of any deportations this year and did not provide travel documents to facilitate any forced removals.

On the contrary, Guaidó's envoy in Washington, Carlos Vecchio, said he has worked with US authorities to reduce the number of Venezuelans held in jail pending deportation from a peak of 1,100 in September to the current 274. Many of those held in jail had their asylum requests rejected.

"US law forbids the forcible return of refugees to a place where their lives or freedom would be threatened, US regulations have suspended all air travel to Venezuela and US foreign policy should be to counter Maduro's systematic abuse of human rights," Menendez wrote in the letter. "The administration's continued deportation of Venezuelan nationals appears to undermine those policies."

Editor's note: This article has been updated to include a response from National Security Minister Stuart Young.

Children among 34 migrants held, will be repatriated says TTPS