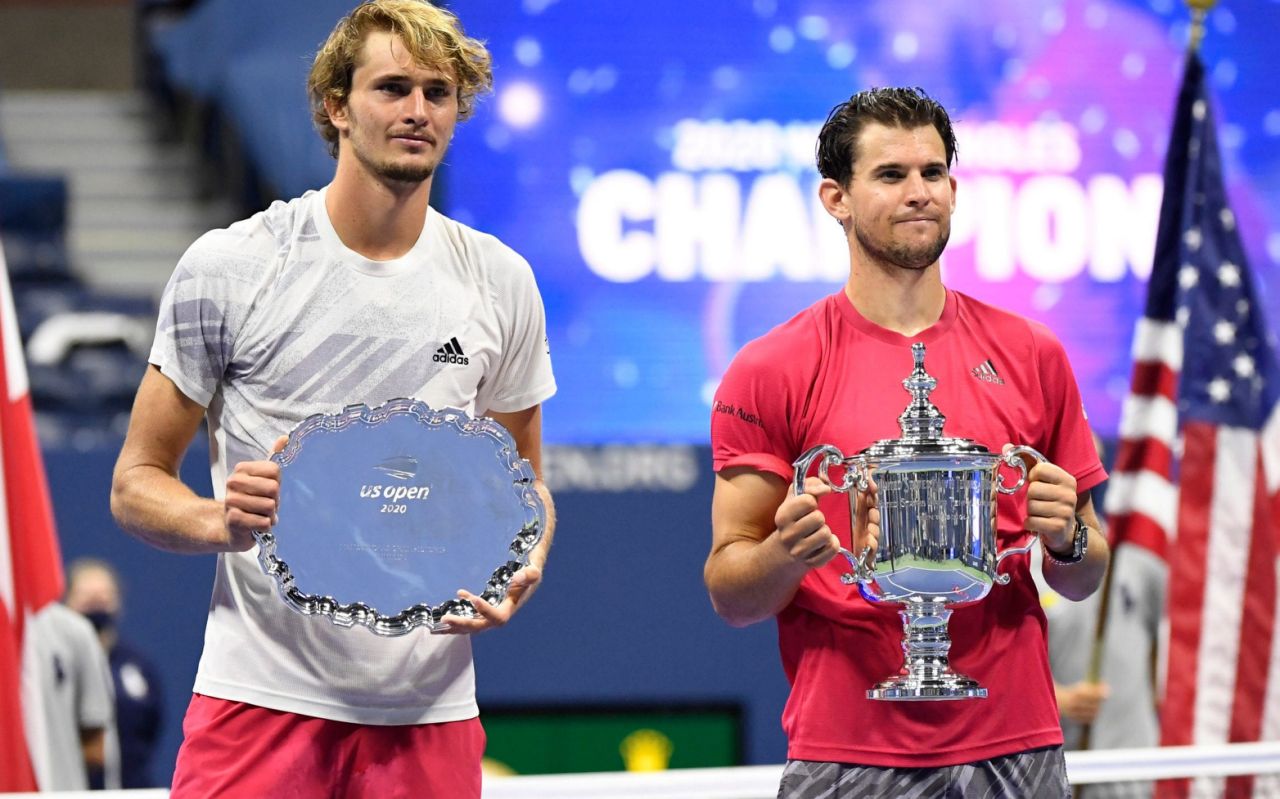 Dominic Thiem battled back from two sets down to defeat Alexander Zverev in a thrilling five-set match and win his first Grand Slam title at the US Open men's singles final on Sunday.

Thiem had loast his previous three Grand Slam finals, and becomes the first player since Gaston Gaudio in 2004, to win a final from two sets down.

Thiem and Zverev are friends and have played against each other since junior level.

Thiem is the first man to win a maiden Grand Slam title since Marin Cilic in 2014 at the US Open.

The Austrian is the first player since Stan Wawrinka to win a Grand Slam title, outside of Roger Federer, Rafael Nadal or Novak Djokovic since the 2016 US Open.

Nadal, the 2019 champion, decided against defending his title, while Federer is recovering from surgery.

Djokovic was expelled from the tournament for hitting a line judge in the neck with a tennis ball.

US OPEN 2020: Thiem sets up Zverev final after taming Medvedev

Djokovic disqualified from US Open after hitting line judge with ball