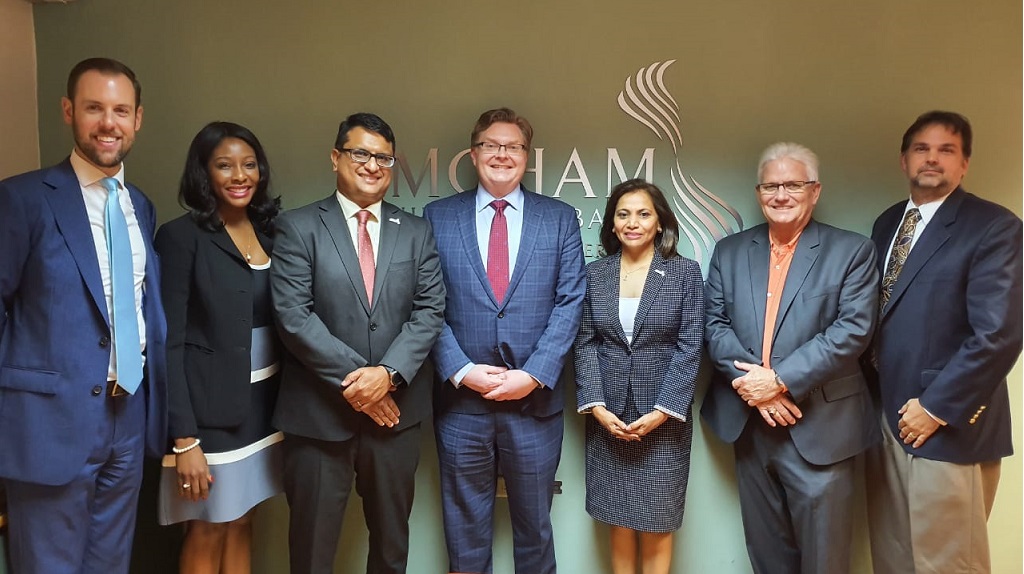 The US Deputy Assistant Energy Secretary for Oil and Natural Gas, Shawn Bennett, held a meeting with members of the board of the American Chamber of Commerce of Trinidad & Tobago (AMCHAM T&T), at the organisation’s head office in Newtown on Monday.

The meeting primarily focused on the impact of the US becoming a major gas exporter and the structural changes to the industry as a result. DAS Bennet emphasized that the US Administration was interested in collaborating with T&T even as the private sectors in both countries compete in the market.

He further gave some suggestions on how AMCHAM T&T might play a role in exposing Independent Producers in the US to potential opportunities in the onshore oil and gas sector in Trinidad.

Currently, the US is T&T’s largest trading partner, providing 28% of its imports and accepting 48% of its exports.

Patricia Ghany, President of AMCHAM T&T, welcomed the exchange of ideas and business interests with the Deputy Assistant Secretary.

“We are grateful to have been paid this special visit with such a high-ranking member of the U.S. Energy Department. Our continued engagement with the U.S. remains vital for our long-term growth and development.”

At the US Energy Department, DAS Bennet administers oil and gas programs, including research and development, analysis, and natural gas regulation. He has more than a decade of experience in public affairs and government relations in the coal and the oil and gas industries.  Most recently, he served as the Executive Vice President for the Ohio Oil and Gas Association (OOGA), a non-profit trade association dedicated to representing Ohio oil and gas producers. His role at OOGA included overseeing all US federal and state legislative and regulatory activities in Columbus, OH and Washington DC.