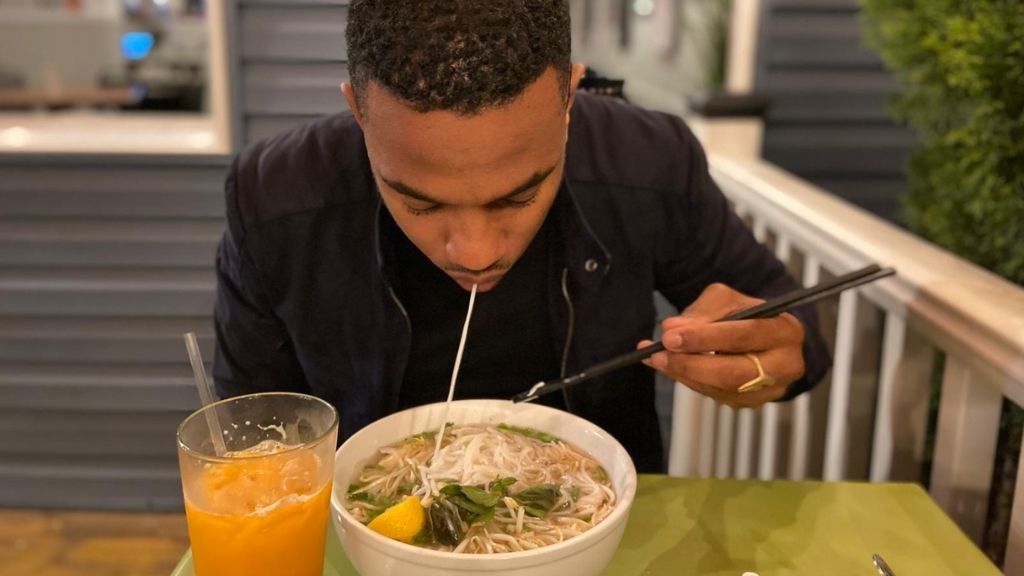 I love the hearty goodness of the soups of my childhood.

Red pea soup, pumpkin soup and gungo pea (pigeon pea) soup all come to mind as a Saturday tradition in my home country of Jamaica. As a testament to my love for a thick, fully-loaded soup, I am now on first name basis with the soup vendors at the junction on the way to Portland, Jamaica.

I’ve also tasted many soups around the world and have only found one that has stayed as close to my heart as the soups of my childhood.

That is the Vietnamese Pho.

Ironically, I stumbled on this simple but exquisitely made dish in Thailand and not Vietnam.

The complex but colourful history of Pho is responsible for its unlikely journey to becoming a popular menu item in other Asian countries such as Thailand and Philippines and even further away, in countries such as Australia, France and the USA. Even in little Cayman, I've heard that Icoa Café serves a world class Pho!

Pho is so simple and easy to prepare that early 1900’s street vendors used to sell it from “back pack or “shoulder kitchens.” These “kitchens” were characterised by two poles strapped on each shoulder; one carrying a hot scalding caldron of beef broth and the other with the required rice noodles and garnishes.

The soup in its present form is thought to have originated from an amalgamation of different cultures present in Vietnam in the early 20th Century. Noodle dishes are common in Vietnam and Pho might have evolved from Chinese influences. While pork and chicken were the most accessible meats at the time, the French that occupied Vietnam drove demand and availability of beef.

The proliferation of Pho throughout the world coincided with the end of the war and the Vietnamese people immigrating to various parts of the world.

The world showed its gratitude by quickly turning this simple soup into a must have on college campuses and as healthy fast food in China Towns and other areas. Other versions of Pho are now readily available such as chicken or vegetable.

How popular is Pho? Type “Pho” in your iPhone keyboard and the emoji will appear. Yes Pho has its own emoji.

So why do I love Pho quite so much? Rich and intense beef broth poured over rice noodles, freshly squeezed lime and crunchy brussel sprouts. Thin slices of beef take just seconds to unleash a burst that meat lovers can appreciate.

It’s the simplicity and combination of flavours that remind me of the home cooked soul of a backyard garden-- just like the soups of my childhood.

WATCH: A Jamaican eats "turkle" meat in Cayman for the first time

Watch: Why you should eat eggplant during COVID-19