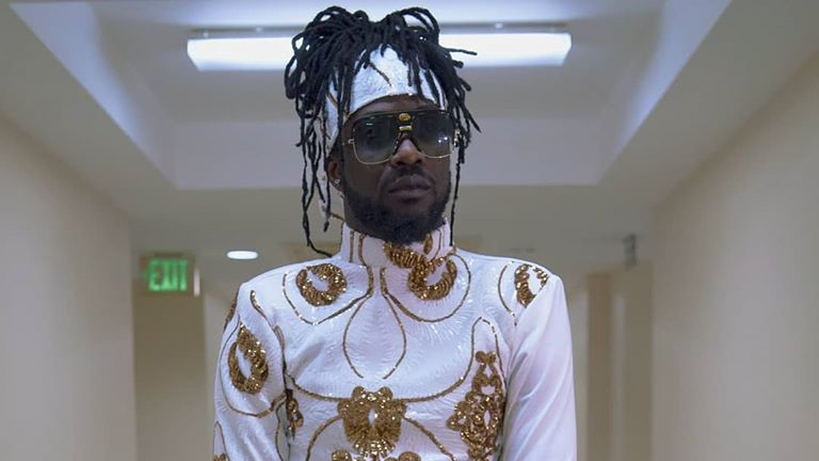 2019 joint Road March winner Skinny Fabulous is helping to put Vincy Mas on the map. Officials from the CDC are in T&T to promote the annual festival.

There was a time that St Vincent and the Grenadines held their annual Carnival during the same period as Trinidad and Tobago’s.

In 1977, a decision was taken to move the Carnival to another time of year where there was less competition and the country could capitalise on the low tourism period.

Now Vincy Mas is the leading driver for the tourism industry, attracting visitors from all over the Caribbean and beyond.

SVG’s Minister of Tourism and Culture Cecil “Ces” McKie said last year that ministry has seen annual growth in the numbers over the two-month period of Carnival, with air arrivals reaching 15,000.

“It is one of our premier events,” said Ricardo Adams, chairman of the Carnival Development Corporation (CDC).

Adams is in T&T together with Marketing and Development Officer Ezzie Roberts to promote the island’s Carnival and other major events on their calendar.

They are also here to support their artistes Problem Child, one of the favourites in the final of the International Soca Monarch competition and 2019 Road March winner Skinny Fabulous who held his FamJam concert at Estate 101.

“We incorporated a lot of our artistes in our Carifesta contingent so people would start to learn the names. We take the mandate of development very seriously,” said Roberts.

One of the things Vincy Mas is renowned for is the Soca Monarch competition which has been described as the most energetic in the region.

“One of our slogans is we doh party normal,” said Adams.

“Soca Monarch gives all our artistes a stage for one night to give life to their song. They take the concept of the song and do a production on the stage, with dramatisation and the involvement of the audience. Our artistes involve the audience is a big way so the entire arena is filled with energy and the patrons are not biased to any artistes, they party even when nobody is on stage,” explained Roberts.

Once Vincy Mas is launched, Carnival activities kick off in eight rural communities ahead of the main weekend with a mini version of Carnival activities including J’ouvert and Queen competitions. On Carnival Monday, T’shirt bands rule the road in corporate-sponsored Tees while Tuesday is reserved for pretty mas.

There are more similarities than differences with Vincy Mas and T&T.

Like T&T, Vincy Mas has a number of competitions and shows such as the Calypso finals, Dimanche Gras, Panorama and King and Queen of the Bands.

A major draw is a show called Evo 4.x, a concert showcasing the evolution of Vincy music over the last 40 years featuring artistes who have had big songs over that period.

To keep their events fresh and attractive alongside the more commercial events held by private entities, the CDC has found ways to evolve their products.

“When I took over four years ago one of the things I said to the group is that we have seen private promoters come in and suck the attendance out of the shows we manage. We can’t shut them down and legislate people, we have to look at what they are doing and adapt to make the shows attractive,” said Adams.

“We looked at the time of our shows and we are paying more attention to the production, quality and the experience we offer the patrons. In traditional shows, we started introducing the VIP experience with more décor at the venue.  We said yes we have to respect the culture but we have to bring those other aspects into it. So in Panorama during the changeover of the pan sides, we have artistes performing.”

Roberts drew reference to their calypso finals which, like T&T was suffering from poor attendance.

“We decided to bring in a guest artiste and we brought in Beckett and saw a dramatic increase in attendance. The next year we brought in Poser.”

The gentleman said above everything their Carnival is extremely safe with no major incidents. It is also intimate because within three days you will feel at home and everyone, including those who flew in with you, will feel like family.

Watch: Skinny Fabulous vs Lyrikal in One on One