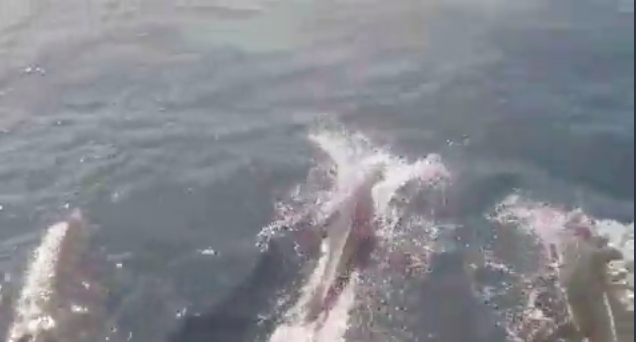 A pod of bottlenose dolphins has been spotted in the waters off Barbados’ west coast.

This week, while aboard the vessel Casuarina some locals and tourists got a glimpse of a rare sight. They saw ‘Flipper’.

Well, not Flipper from the TV sitcom, but they saw bottlenose dolphins jumping and splashing around, having a grand time. The mammals teamed up to probably catch some schools of fish and were captured by curious onlookers.

One of the passengers told Loop News that they were off of Sandy Lane, St. James when they spotted the pod. There were at least five dolphins seen in the video.

He said that the people were very “excited”.

Though the crew usually does dives along the coast, the interviewee said that the day’s event was “not something you see on a day-to-day journey for work.”

The video was recorded around midday on Wednesday. Sounding like the captain, a gentleman in the video said, "They do come sometimes, but not too often" indicating that the sighting was not a first for him.

Have you ever seen any around Barbados before? Do you think it's further proof of climate change?