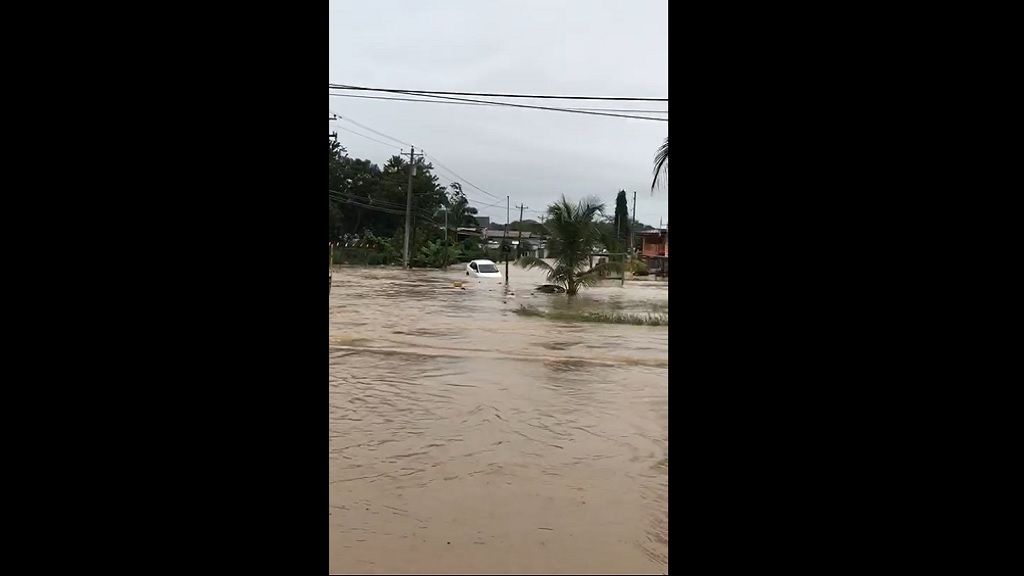 Photos and videos of the flooding disaster in South Trinidad are being shared online, including one unbelievable video showing a car drifting in floodwaters in Penal.

The video was shared by offroaders who recorded the incident while attempting to lend assistance to residents in parts of Debe, Penal and Barrackpore after heavy rains led to flooding across South Trinidad.

The offroading community is in critical demand during times of flooding as their vehicles are high enough to pass through floodwaters. However some offroaders are afraid to venture out this year, after allegedly being harassed by licensing officers for their vehicle modifications during flood relief efforts last year.

In some areas, floodwaters have crossed seven feet in height, too high even for offroad vehicles.

The Trinidad and Tobago Meteorological Service issued a Riverine Flooding - Orange Alert on Thursday, extending the warning to Friday evening.

"Isolated light to moderate showers are expected this afternoon with a low (30%) chance of heavy showers or thunderstorms. Run-off from rainfall over the last 24 hours continues to reach some of the smaller watercourses and as a result, impacted areas remain inundated as flood waters are still slowly on the rise in southern Trinidad.

"Spring tides are also in effect, which can exacerbate conditions at high tide. The Caroni River is currently at maximum capacity and has overflowed onto its banks and low lying surrounding areas," the Met Office said.

15 families were evacuated from their homes after flooding inundated parts of Penal, Debe and Barrackpore on Wednesday.

Citizens are urged to contact their DMUs for assistance and their Regional Corporations if they would like to assist with relief efforts: