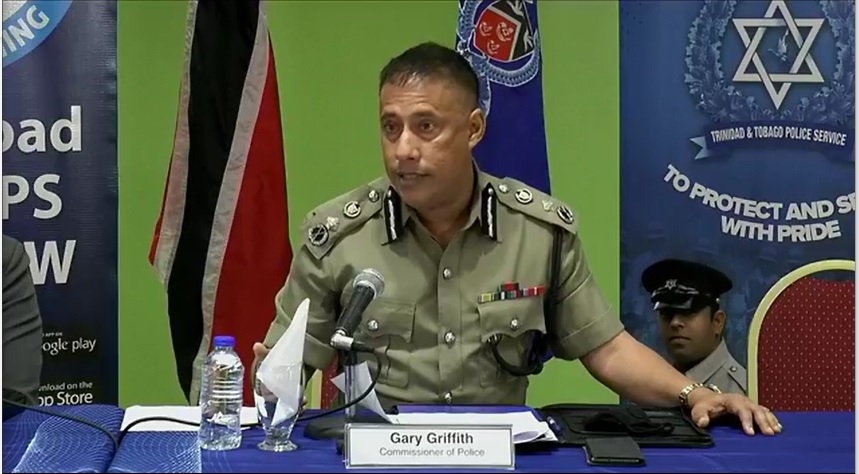 Commissioner of Police Gary Griffith has formally apologised to Prime Minister Dr Keith Rowley for the comments he made regarding the police’s jurisdiction on private property.

Griffith said since the incident, he’s issued a written apology to the prime minister and made it public during today's weekly media briefing.

The commissioner added that while he still stands by the spirit of his comments, he acknowledged that his delivery was unsavoury.

“Even though the message was accurate, how the message went about became lost because of how I said it. It came from my strong degree of passion, but again that is no excuse, it was completely unacceptable. I apologise to the country for the comments that I made,” he said.

Griffith said that despite seeking to ensure that the constitutional rights of citizens were upheld, he understands that his comments were inappropriate.

“There was this perception that the police service wasn’t doing all that we could. My strong degree of passion for making sure that I serve the country and I serve my citizens as well as looking after my police officers,” he said.

The commissioner’s apology follows a meeting that he had with Dr Rowley and Minister of National Security Stuart Young on September 14.

A few days prior, the prime minister publicly called on the commissioner of police to distribute the law fairly not paying attention to class or race. Griffith responded with a scathing perspective.

Griffith said at the time: “He does not have a concern when we release 27 persons who actually broke the law in Sea Lots, swimming in a public place, escaping and trying to evade police captivity, that shows hypocrisy, that is not democracy.”

The leaders were at loggerheads over whether police could enter private property where occupants could be in violation of COVID-19 regulations.