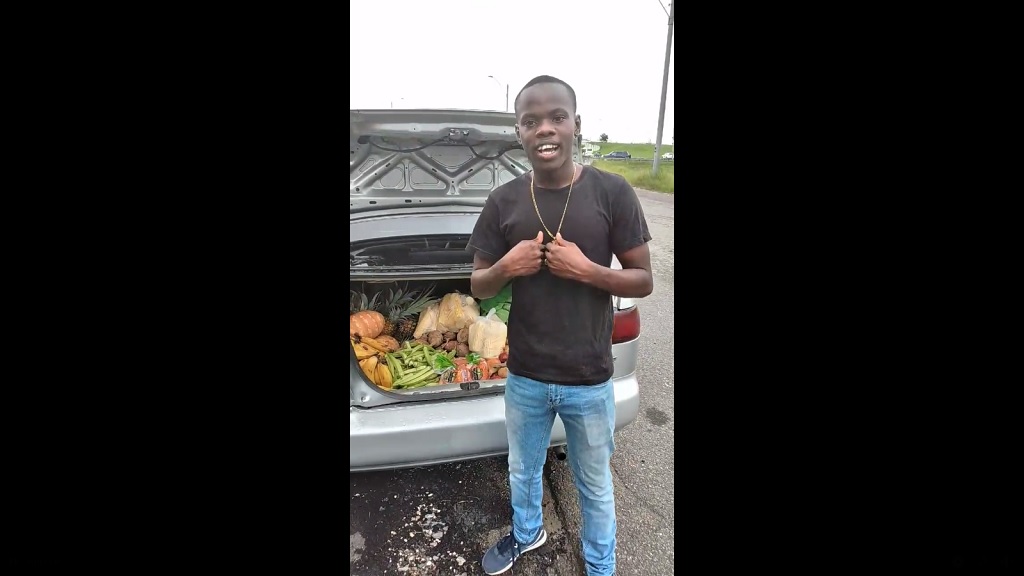 A young couple's produce delivery service is helping to fill a much-needed niche during the COVID-19 pandemic.

Joshua Hercules and his wife Aaliyah Hercules shared a video on Facebook for their produce delivery service, 'A&J's Fresh Produce', which quickly went viral online with almost 5,000 shares and over a thousand comments.

'I just want to bless God for this opportunity, to be a blessing to others and also to lead a way out for my wife and myself. Without the help of my wife Aaliyah Hercules A&J's Fresh Produce would not have been brought to life. Thank you for your continued support babe. She's the one behind the camera.'

Hercules' humility struck a chord with viewers who wished him the best in his endeavours.

Hercules, who is a nutritionist, told Loop News that initially they operated in the San Fernando area where they are based, but the demand increased so quickly, they're now delivering all over the country.

The 21-year-old said he gets lots of calls from the elderly and people who are unwell and unable to move about easily.

Moreover, he said he feels good being able to bring healthy food to people to help keep them well.

'One of our customers was 95 years old; we also get orders from people who are recovering from surgery and can't move around a lot. It's a lot of orders; we started out delivering to San Fernando and Chaguanas, but we've gotten orders from Sangre Grande and a lot from Port of Spain.'

Hercules said notably he has also gotten calls from people abroad who want to order produce for people here in Trinidad, who are in need of food.

‘Some people can’t even afford something basic as dasheen bush, or potatoes, something to sustain them, so people have offered to donate parcels for them. I’m just doing what I can do to help.’

Hercules said during the pandemic they also did their best to help communities, giving out sandwiches and drinks of mauby to those in need. Hercules said his friends Malik Lewis, Michael Lee, Donnell Francois and Anslem Alex helped with the distribution.

Hercules said he and his wife are looking for ways now to expand their business.