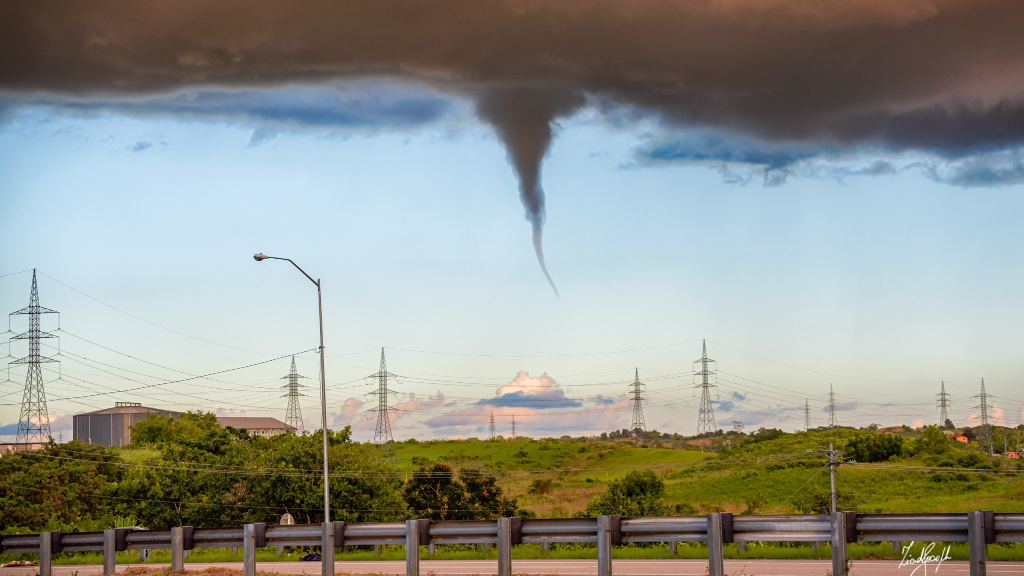 The funnel cloud was spotted around 5.40 pm on Sunday, resulting in numerous photos and videos from onlookers who tried to capture the strange phenomenon. 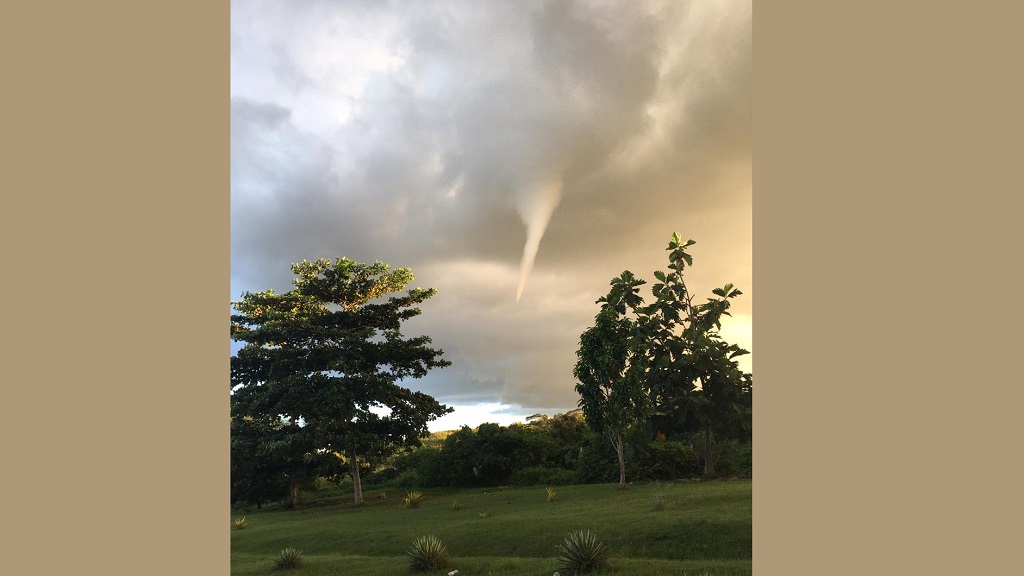 The Trinidad and Tobago Meteorological Service shared photos taken by Deon Thomas showing the intriguing formation hovering above homes near San Fernando, while photographer Ziad Joseph shared photos of the formation after spotting it near Debe.

According to the American Meteorology Society, a cloud funnel is a condensation cloud, typically funnel-shaped and extending outward from a cumuliform cloud, associated with a rotating column of air (a vortex) that may or may not be in contact with the surface.

A funnel cloud is usually visible as a cone-shaped or needle like protuberance from the main cloud base.

If the rotation is violent and in contact with the surface, the vortex is a tornado.

Funnel clouds and waterspouts have been previously spotted in Trinidad and Tobago.

Waterspouts, according to the US National Ocean Service, are tornadoes that form over water or move from land to water. They fall into two categories: fair weather waterspouts and tornadic waterspouts.