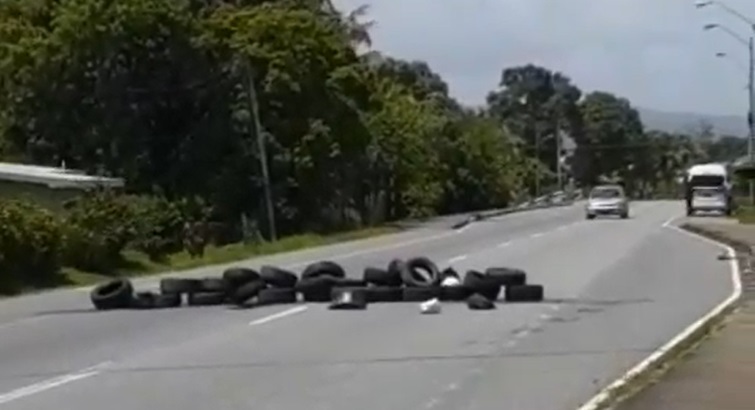 Protest action over the killing of three men in Morvant on Sunday has spanned across Trinidad.

On Tuesday, early morning demonstrations began on the Beetham Highway causing a traffic back up. Since then, communities all over the country have held solidarity demonstrations.

In Arima, tyres were seen strewn across the Priority Bus Route due to protest action. Affected areas included Samaroo Village and Olton Road.

The action was also seen near Maloney Gardens along the Churchill Roosevelt Highway.

On the North Coast, just before Maracas Bay demonstrators were recorded throwing debris onto the roadway causing vehicles to swerve in order to avoid a collision.

Even in South Trinidad, Corinth Village, near a government-built housing development, fiery protests ensued causing traffic delays for those in the area.