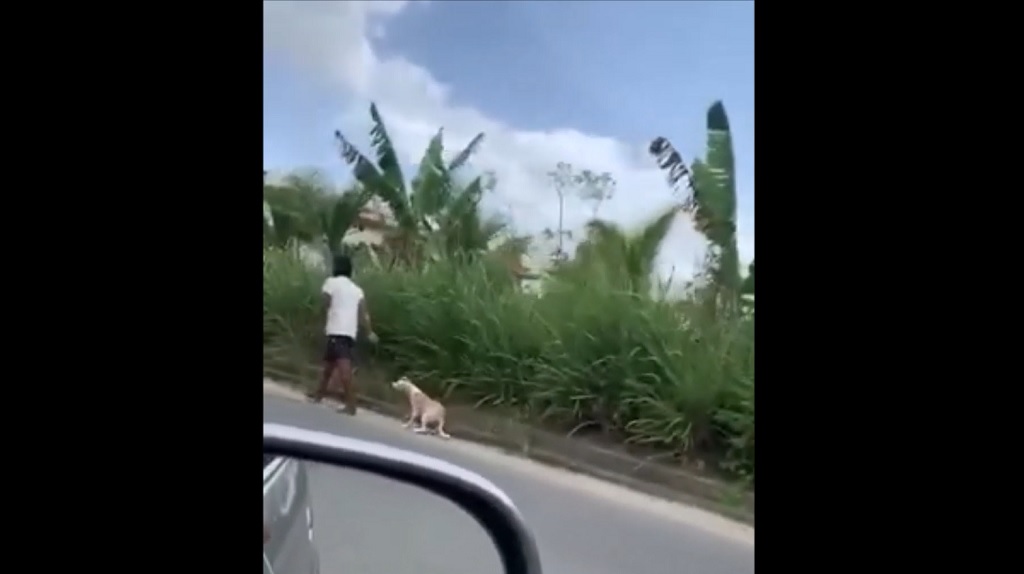 A video has gone viral online in which a man seen pulling a dog was told to treat the animal more humanely.

The video, which was shared online via social media, garnered, 1,800 shares and almost 500 reactions on Facebook, after it was shared on Wednesday.

In the video, someone who appears to be driving past the man and dog slows down and tells him not to pull the dog along like that.

At first the man appears to argue, however he later complies and lifts up the dog and carries it like that. The incident allegedly took place in Preysal.

Many people commented, commending the person for stepping in and saying something.

Radesh Ali: "I admire the way this guy respectfully urged the gentleman to treat his animal in the right way. It just shows how much of a difference we can all make with every little action."

Tim Myram: "To the young man who spoke on the dog’s behalf, you’re a DECENT HUMAN being and I wish you and your loved ones eternal well being."

Nadine Ammon: "Well done to the guy who made him aware to lift the dog, an animal reaction says a lot, he resisted & who uses a chain get a proper leach, dogs are such nice animals."

Ronald Marcano: "Great story and good handling of this situation. I don't know if I can judge the man by this but dragging a dog isn't good."

The public is awaiting the outcome of the Miscellaneous Amendments Bill, 2020, which proposes to amend sections of the Summary Offences Act which deal with animal cruelty.

The legislation proposes to increase the fine for animal cruelty from $400 to $100,000 and jail time from two months to one year. The Bill was approved in the Lower House with amendments and is at the committee stage in the Senate.