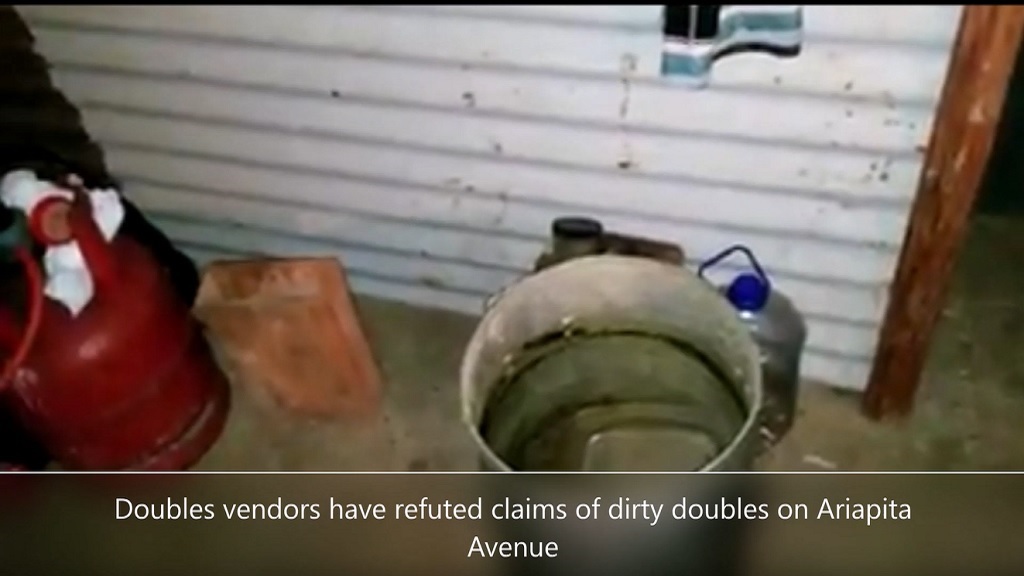 Two people who said they are doubles vendors on Ariapita Avenue have shared videos to social media refuting claims of dirty doubles.

Videos were shared publicly via social media showing clean cooking utensils, cooking pots and kitchen spaces where the doubles are prepared after another viral video was shared showing a dirty shack where doubles were being made.

In the original video, a voice was heard saying that the doubles were being sold on the Avenue.

However doubles vendors have denied this, emphatically stating that they adhere to food and safety regulations.

One doubles vendor who called himself ‘Mitch Doubles’ showed his kitchen space and said that he ‘does not play with food’ when it comes to his customers.

Another vendor, whose video was shared to Facebook page 'Tringlobe Media', called on his accusers to get the facts before making claims.

Many supported 'Mitch Doubles', saying that they believed his food to be good.

Adrian Don Mora: "Yo! When yuh doing your thing and you are successful, people will always go to any lengths to taint your name. THEY WILL SUFFER! keep doing you buddy. Love you both.... Friend 4 life."

Tracy Whiskey: "To all d haters these r clean ppl n very tasty dey don't play with ppl health so all who talking sh*t about dem gt all ur facts right."

Victoria Alexander: "Mitch Thomas Bess doubles! Haters will hate, set them straight! This is how professionals do it! Keep it up. Love you both!"

Others supported the other doubles vendors as well.

Anna Maria: "Keep on doing your thing bro...yes indeed, you've got it under wraps!"

Roopchand Ramcharan: "This is the cleanest doubles kitchen I have ever seen in a long while good work keep it up the best."

Where do you buy your doubles from? Share with us in the comments.