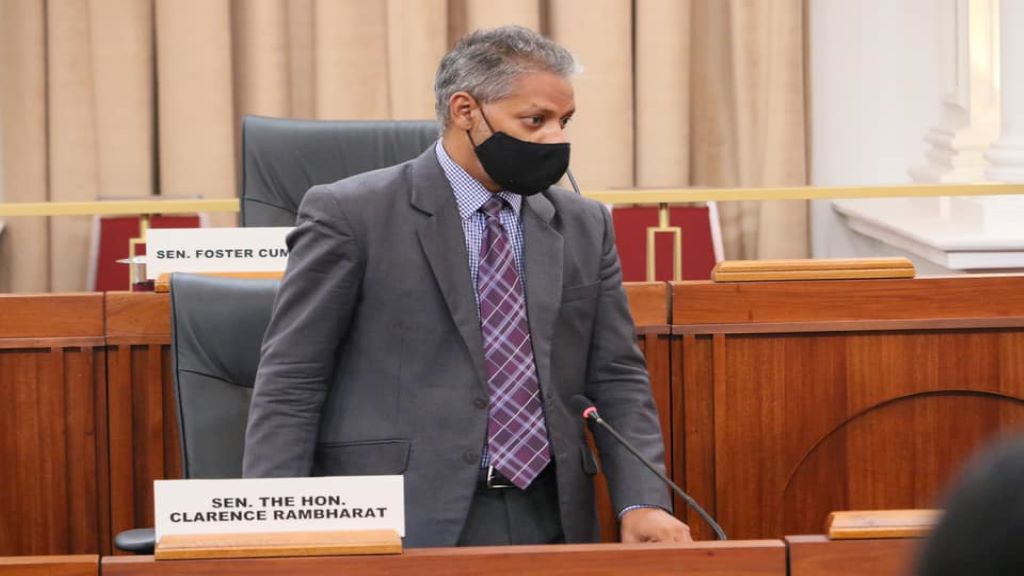 Minister of Agriculture, Land and Fisheries, Clarence Rambharat lays a paper during the 29th sitting of the Senate. © 2020 Office of the Parliament.

The Ministry of Social Development and Family Services is yet to receive any reports of illegal distribution of food cards in Tobago.

Leader of Government Business in the Senate Clarence Rambharat confirmed that the Ministry had no information on the fraudulent distribution of food support on the sister isle.

A report in the Guardian newspaper on Tuesday stated that the Tobago House of Assembly (THA) Assemblyman for Providence/Mason Hall/ Moriah Sheldon Cunningham alleged that food cards were being illegally distributed in his area.

According to the report, Cunningham claimed that a PNM official was using the food cards in a bid to gain political mileage to represent the area in the 2021 THA election.

An investigation has since been launched into these claims.

Rambharat maintained that no such information had come to the Ministry, but assured that any reports received will be thoroughly investigated, and all appropriate action, if any, will be taken.

He said: “Notwithstanding, all matters of impropriety in the administration of the social support services, and in particular, those related to COVID-19 will be thoroughly investigated once these reports are received by the Ministry and anybody found in wrongdoing will be required to be dealt with by the Trinidad and Tobago Police Service.”

People trying to defraud state; rent to be paid directly to landlords