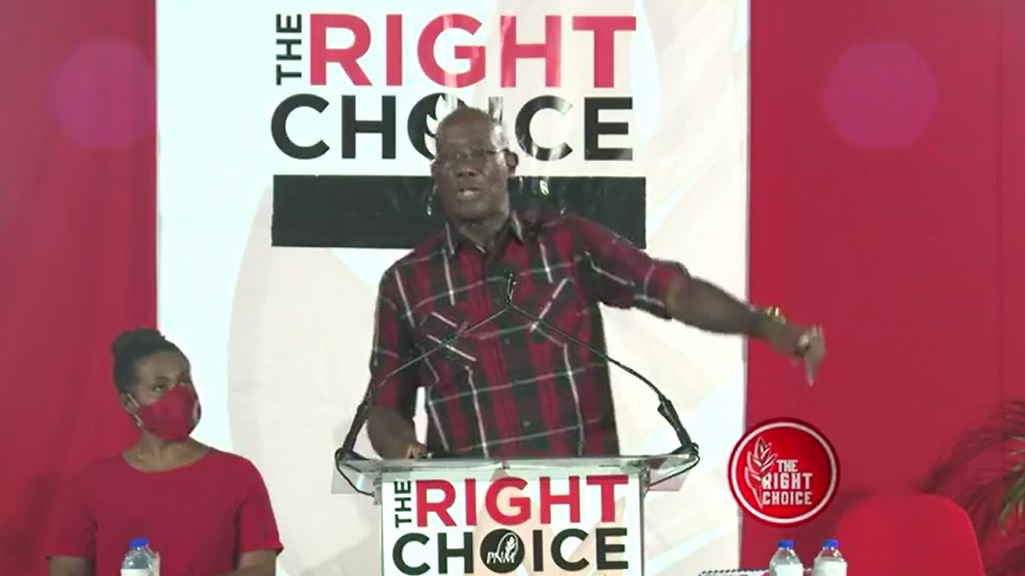 Prime Minister Dr Keith Rowley said he will be sending correspondence to a British parliamentarian who raised the issue of Trinidadians stranded in the UK due to the pandemic.

Speaking at a post-budget session last night, Dr Rowley said if Steve Baker, MP for Wycombe, is so invested in Trinidad and Tobago then he will be reaching out to him regarding a matter of missing funds which is currently in the UK.

‘We have already gotten a Senior Counsel from Britain pleading guilty in a Port of Spain Court for thiefing public money with the assistance of UNC officials. There is much more to that, so Mr Baker, you will be receiving a correspondence from me personally, asking you to help us bring back those who have stolen our money and have it in Britain.’

Video footage of Steve Baker, MP for Wycombe, was circulated online, in which he asked assistance be given to help Trinidadians return home as they were running out of funds while stuck in the UK.

Dr Rowley said however that the comments were made at the behest of the UNC:

‘During this COVID-19 period, we have a policy of closing our border to protect lives. We know that has caused considerable hardship for those of our citizens outside. We went as far as to send cash to our embassies and missions abroad. Not a lot but if people were really destitute they could have gotten a few thousand dollars to keep body and soul together.’

‘We…are now bringing more people home and things are getting better [but] the UNC find some itinerant British MP, someone called Steve Baker. He…went inside the British Parliament to raise issues about humanitarian conditions for Trinidad and Tobago citizens on behalf of the UNC.

‘Once again the UNC is ready to nasty up Trinidad and Tobago’s name, and taking credit for it.’

The Ministry of Foreign and CARICOM Affairs issued a statement saying just over US$200,000 had been disbursed via embassies and missions to Trinidadians stranded abroad, adding that they will continue to process exemptions for nationals to be repatriated.