Watch: Savouring chocolate made with the 'best beans in the world' 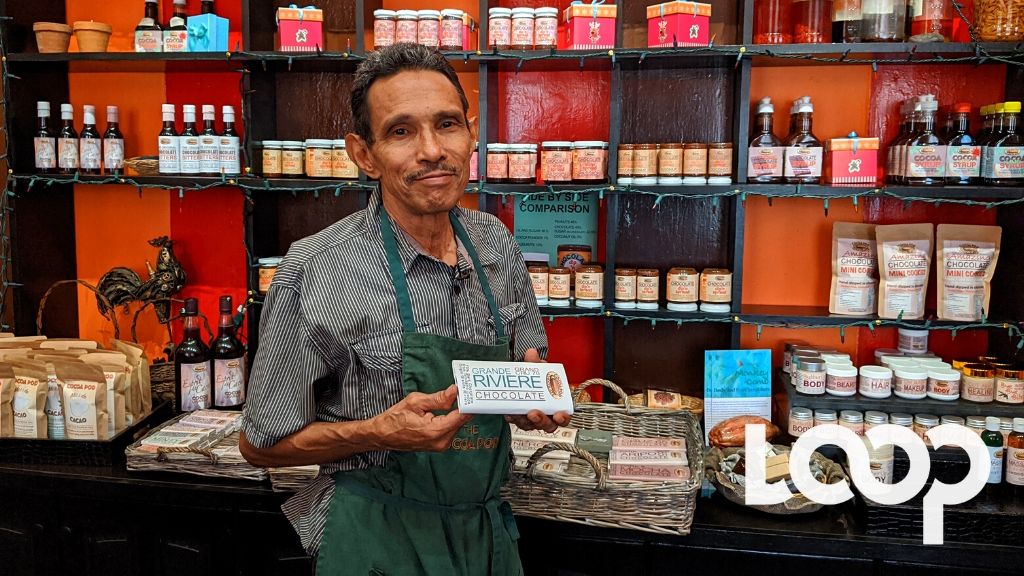 What is it like to taste chocolate made with the some of the best cocoa beans in the world?

Wayne Cezair, owner of The Cocoa Pod, recently launched his ‘Grand Cru 70’ chocolate bar, made from cocoa beans grown by Geeta and Leroy Peters which won ‘Best 50’ at the 2019 International Cocoa Awards.

The Peters were even able to attend the awards ceremony at the Salon du Chocolat in Paris, France, on October 30, 2019.

Loop News visited Cezair at his shop tucked away on Gordon Street, Port of Spain, where he explained his technique for creating this very special chocolate bar.

“I roast them at different temperatures and then I mix them for the perfect flavour…a little bit of this and a little bit of that. They call me the mad scientist and I quite like that,” he laughed.

Cezair, who has delved into the mysteries of chocolate-making for years, explained that although many focus on the culinary aspects of cocoa, he has also looked into the nutritional benefits.

Cezair said they have already shipped 10 kilogrammes of their Maté de Cacao to Portugal, and are already in the process of producing more.

The store has a range of different items, including cocoa liqueur, chocolate bitters, and cocoa butter skin care products, including a healing balm and insect repellent.

Cezair said he plans to expand the Cocoa Pod brand throughout the country and region by franchising, bringing these chocolate products to customers far and wide.

Cocoa has been known throughout history as an elixir of the gods, savoured by Central and South American native tribes such as the Aztecs and Mayans to ward off diseases and for celebratory purposes.

Originally cocoa was toasted, ground, mixed with water and made into a drink, to which was added various spices including annatto, pepper, vanilla and even ground maize.

Over time, cocoa has developed into the delicious products we know today.

For more information on the Cocoa Pod, visit them on Facebook at https://www.facebook.com/CocoaPodChocolate/ or visit their website at https://bit.ly/3cR067n

3 reasons why you need more cocoa in your life

Cocoa is known to be rich in polyphenols, especially flavanols which have antioxidant and anti-inflammatory effects.

3. Cocoa butter is great for the skin

Cocoa butter is high in fatty acids, and has been used by many in the Caribbean to nourish skin and reduce the appearance of scars.

No more chocolate? Scientists use gene editing to save cocoa plants