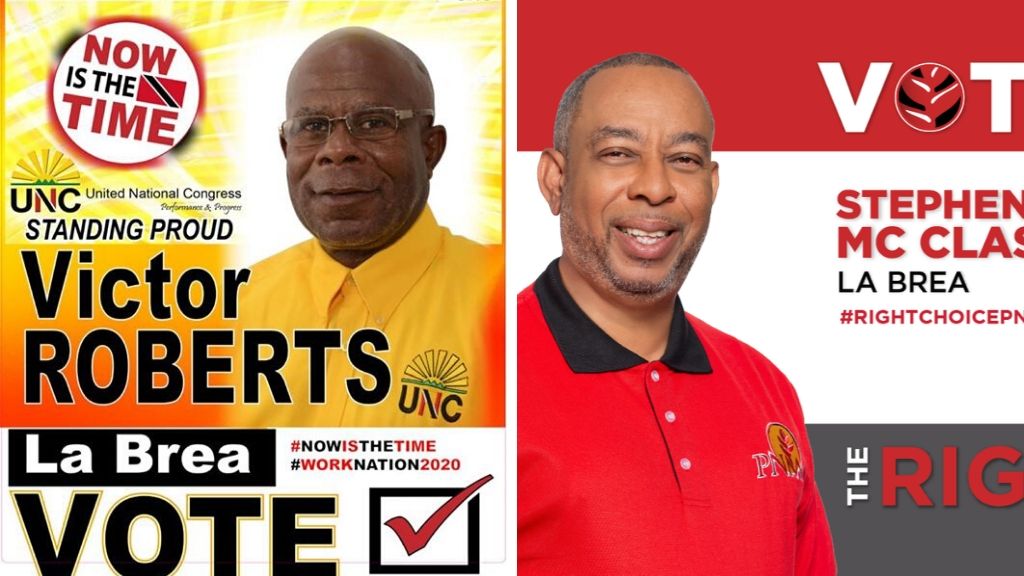 Victor Roberts, the United National Congress (UNC) candidate for La Brea, sent a message to the People’s National Movement (PNM) while campaigning in the area earlier this week.

In a video shared via the UNC- La Brea Facebook page, Roberts said that people had ‘had enough’, while campaigning ahead of the August 10 General Election:

‘I want Keith Rowley to know that a cut-tail is imminent….we had enough of the PNM.’

Another said: ‘The time is now’.

However, PNM candidate for La Brea, Stephen McClashie, told Loop News that he would not be distracted by a ‘tit for tat’:

‘My campaign will not be dragged into a “tit for tat” with the UNC Candidate. What I will be doing is focusing on the issue and concerns of constituents.’

He said he while he is new to politics, he has many plans to uplift the La Brea community.

‘Whilst I may be new to politics, I believe that I will bring to the La Brea constituency the leadership that is ripe for this moment.’

‘I have no intentions for my leadership to be Politics as usual. I understand a lot of the issues on the ground and recognize that this isn’t a one man show. This is why I have been engaging the minds of our youths on the ground because they have a lot to offer. I want the best Opportunities available to empower them.’

In 2018, Dr Rowley promised that a planned Dry Dock Facility would bring thousands of jobs to the area, alleviating job losses suffered from the closure of the Petrotrin refinery.

According to a Newsday report in January 2020, Energy Minister Franklin Khan said construction of the dry dock facility would begin in the latter half of 2020.