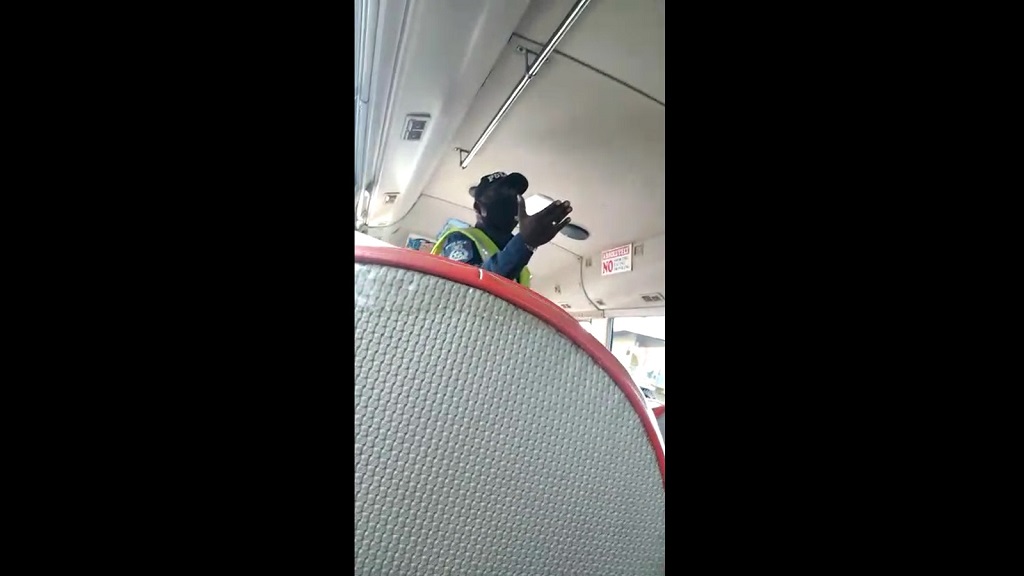 A video of someone appearing to be an officer checking for face masks has gone viral online.

The video, shared via social media, showed what appeared to be a police officer checking with passengers for their face masks.

The officer asked someone in the back for their face mask.

"What going on with you in the back sir? Where your mask? What yuh steupsing for? Come, come, come," the officer was heard saying.

Attorney General Faris Al-Rawi said as of August 31, officers would be carrying out checks and reminding the public of the regulations to encourage them to wear face masks.

According to legislation approved by government and effective from August 31, anyone found not wearing a face mask while travelling in a vehicle or in a public space, without reasonable excuse, can be fined up to $1,000.

Children under the age of eight are exempted from wearing face masks in public spaces or while travelling in a vehicle, according to clarifications on the regulations made by Attorney General Faris Al-Rawi during a media briefing on Sunday (August 31).

The face mask regulation includes runners and those carrying out exercise outside.

Other exemptions which constitute a reasonable excuse include:

- people with a physical or mental illness of impairment or disability, or anyone who experiences severe distress as a result of the mask

- anyone in fear for their life and trying to escape harm

- anyone pausing to eat or drink

- anyone needing to take medication

- anyone who is requested to do so for identification purposes.

Anyone who has been served with a fixed penalty and wishes to contest the fine can also do before a court.

For more information on the law visit the Ministry of the Attorney General and Legal Affairs: https://www.facebook.com/likeAGLA

AG: Children over 8 with no mask or parents in public can be fined