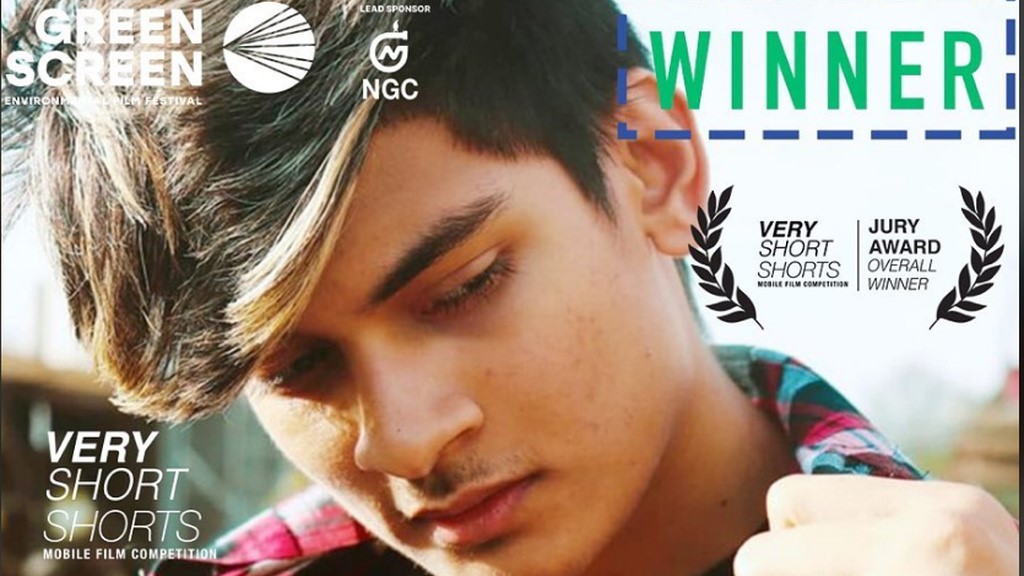 The announcement was made at the closing ceremony of the Green Screen Environmental Film Festival on Monday night.

Rahaman received the Overall Jury Award of TT$12,000 from Lead Sponsor NGC for his inspiring short 'Before It’s Too Late'.

In his acceptance speech, Rahaman congratulated all the filmmakers who submitted films to the competition this year.

"Hopefully, we can use this to inspire those who want to do filmmaking. Hopefully, now they’ll realise that all they need is a phone. It doesn’t really cost anything to make a great story, so just go out and film," he said.

The People’s Choice Award, sponsored by SWMCOL was presented to 'The Real Hero' by Magda Leschik who received 222 votes of the 1023 cast.

Monday night’s awards ceremony brings the curtain down on the 10th anniversary of Green Screen, the only film festival in the English-speaking Caribbean to exclusively focus on issues of environmental sustainability.

Festival director Carver Bacchus in making his closing remarks said that making the transition to a fully online festival was tough.

"Figuring out how to do what we needed to do to engage with our audience was challenging. We had to do a lot of things we had never done before. And I think there are a lot of parallels between what we had to do as a festival and what we need to do as a country. It’s becoming more and more clear that we really have to make different decisions and start including sustainability in our planning," Bacchus said.

Bacchus also announced a special grant to commission a one-minute sustainability film from a collective called ‘A Group of Artists’.

"This very, very small grant is something that we hope can build into a programme in the future," he said.

Food security and technology in focus at Green Screen discussions