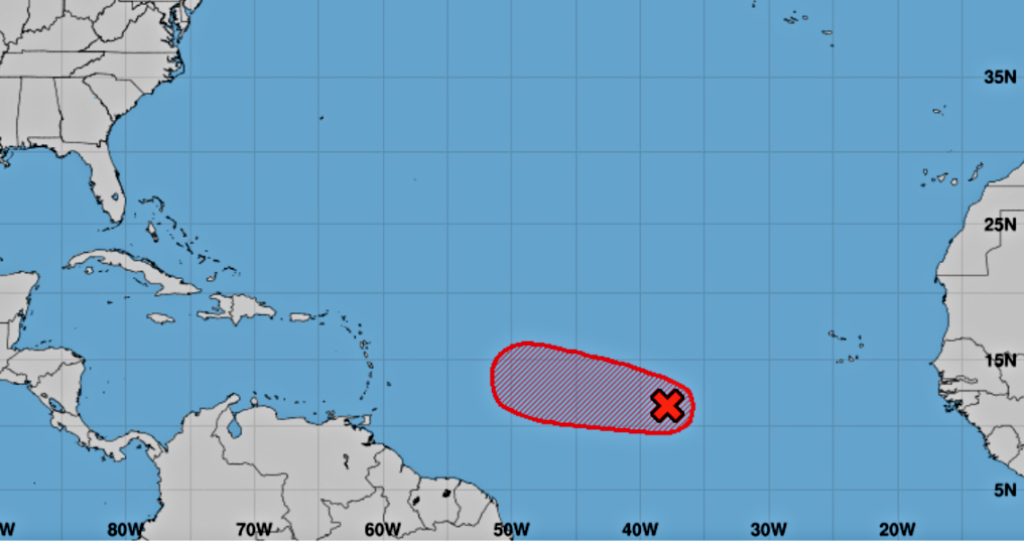 There is now a 90 per cent chance that the current weather system heading West towards the Caribbean will become a tropical depression.

The National Oceanic and Atmospheric Administration (NOAA) says that weather advisories - watches and warnings, can start being issued from as early as today since the system is now more organised.

At 2 am, thunderstorm activity associated with a large low pressure system located more than 800 miles west-southwest of the Cabo Verde Islands had increased and become a little better organized during the night hours.

The US National Hurricane Centre (NHC) reported that environmental conditions are expected to be conducive for development to occur, and a tropical depression is likely to form during the next day or so while the disturbance moves westward to west-northwestward at around 15 mph across the tropical Atlantic.

However, six hours later, by 8 am, first-light visible satellite imagery has shown that a better-defined centre of circulation is forming in association with a low pressure system located about 900 miles west-southwest of the Cabo Verde Islands.

The associated shower and thunderstorm activity has also become more organized since yesterday.

Environmental conditions are expected to become more conducive for additional development, and advisories could be initiated on a tropical depression as early as later today if these development trends continue.

This disturbance has the potential to become the 10th named tropical cyclone for the year.

60 per cent chance of a tropical depression this week

What is a Hurricane Watch?