You cannot just give Liverpool the title, says John Barnes 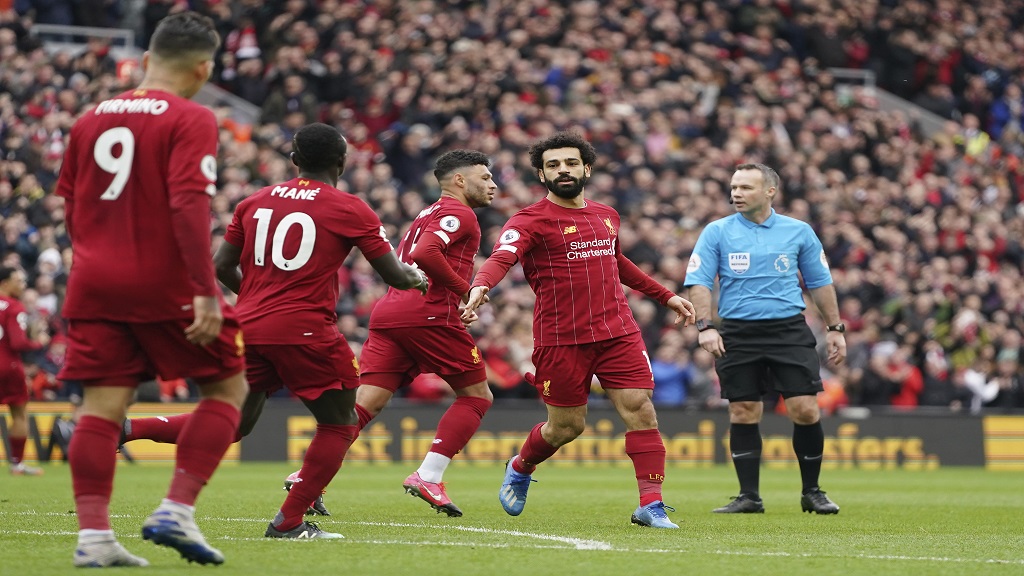 Barnes won the league with Liverpool in 1988 and 1990, the latter of which was the last time the club tasted top-flight success.

Jurgen Klopp's team is on the brink of ending that drought as they lead Manchester City by 25 points with nine games left to play.

But despite the huge advantage, Barnes - a former Jamaica's senior football coach, is adamant the season must be completed in order for the Reds to receive the trophy.

"If you are going to give Liverpool the title, then who would get promoted and relegated?" Barnes told Sky Sports.

"You can't just give Liverpool the title because we are so far ahead.

"What would Leeds and West Brom say? What would Fulham say if they don't come up and you promote those two? Do the bottom three in the Premier League not get relegated?"

Barnes thinks UEFA made the right call on Tuesday by postponing Euro 2020 for a year to allow domestic seasons to conclude.

He feels the completion of the 2019-20 campaign must take precedent, even if it means skipping the 2020-21 season entirely.

"Safety is the most important thing so allow this season to take as long as it does, there's no need to rush back as you are delaying the Euros to 2021," added former England international Barnes.

"If you have to play one game a week from October, and mean the season goes on until next January or February, then you can kick-start the next season at the right time rather than play catch-up for years.

"It's a sensible decision with [the Euros] and I think delaying for a year was the only solution.

"Leagues have to be finished, not just from Liverpool's point of view or any other club in any country. It's obviously bigger than that, you are talking about promotion and relegation all the way down the divisions.

"So I think if the leagues can even be delayed - you don't have to rush back to them - maybe you have to write off a season. We don't know what's going to happen on April 3, maybe they delay it further.

"Even if we have to start in July or August, what we have to do is finish these games even if it takes up until December, which writes off the [next] season.

"These are desperate times and this is an unusual circumstance."

French Open postponed until September because of COVID-19