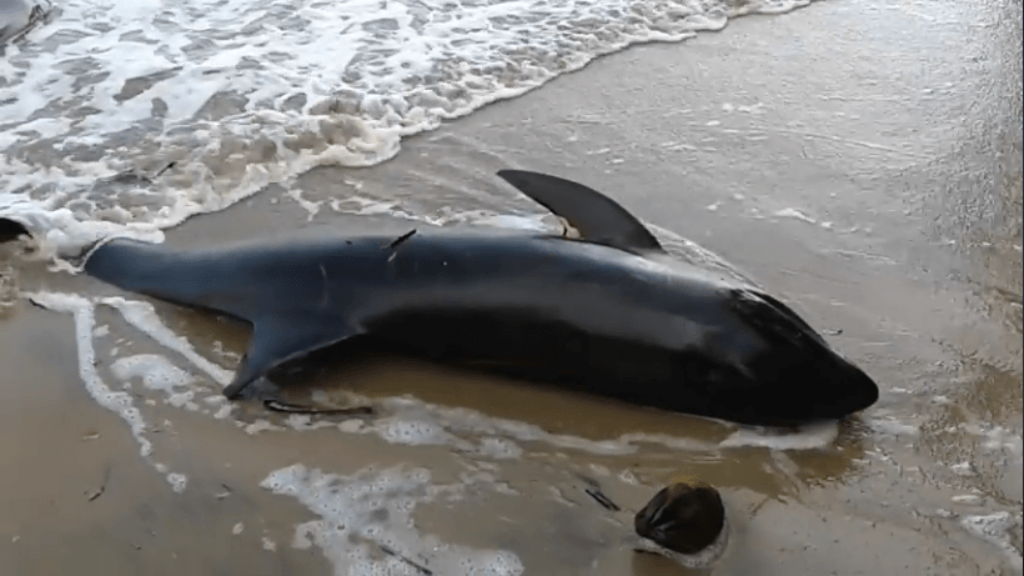 There has been a marked increase in incidents of melon-headed whales being stranded on beaches in Trinidad, including Granville, Manzanilla and Moruga.

The Zoological Society of Trinidad and Tobago (ZSTT) in a public advisory on Sunday said this is not the first time that this species of whale has stranded in Trinidad, as reports go back over a decade with isolated incidents in Manzanilla and along other east coast beaches.

The melon-headed whale is found in deep tropical/subtropical oceanic waters between 40°N and 35°S. The whale considered an offshore pelagic species, rarely coming close to shore.

But, two months into 2020, five of these whales have stranded on east-coast beaches.

Michael James of the Manatee Conservation Trust confirmed that he rescued and successfully returned three of five melon-headed whales stranded at Manzanilla back to sea. The two that were already dead were buried on land.

For more than ten years, the Manatee Conservation Trust has partnered with the Zoological Society of Trinidad and Tobago in responding to stranding incidents primarily on the east coast region with members being trained in first response.

In the latest instances as the whales were of manageable size, James confirmed that they were taken out to deep sea in keeping with guidelines provided by international experts.

The ZSTT explained that the occurrence of one or two individual melon-headed whales being stranded onshore is unusual for these whales, as they are more known for mass stranding.

Melon-headed whales usually strand in groups numbering in the hundreds, due to the strong social bonds within pods of this species.

The ZSTT noted that the frequency of mass stranding of melon-headed whales appears to have increased over the past 30 plus years. Extensions of warm currents are likely behind the increase.

The Zoological Society extended thanks to James and the other volunteers who have responded to stranding incidents, and citizens like Tony Bedassie who have banded together to take a stranded melon-headed whale offshore from Granville.